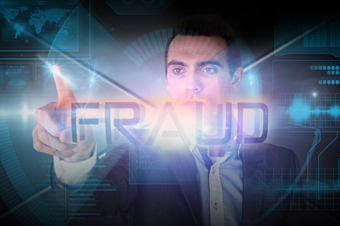 Three men have been sentenced at Southwark Crown Court as a result of the Serious Fraud Office’s investigation and prosecution of Sustainable Growth Group (‘SGG’) including its subsidiary companies Sustainable AgroEnergy plc (‘SAE’) and Sustainable Wealth (UK) Investments Ltd (‘SWI’).

All three were convicted following a prosecution which focused on the selling and promotion of SAE investment products based on “green biofuel” Jatropha tree plantations in Cambodia.

The green biofuel products were sold to UK investors who invested primarily via self-invested pension plans. These investors were deliberately misled into believing that SAE owned land in Cambodia, that the land was planted with Jatropha trees and that there was an insurance policy in place to protect investors if the crops failed.

*Gary Lloyd West (of Hertfordshire, the former director and chief commercial officer of SAE) was sentenced to a total of 13 years’ imprisonment

*James Brunel Whale (of Sussex, the former director, CEO and chairman of SGG) was sentenced to a total of nine years’ imprisonment

*Stuart John Stone (of Shropshire, director of SJ Stone Ltd, a sales agent of unregulated pension and investment products) was sentenced to a total of six years’ imprisonment

A fourth defendant was acquitted by the Jury of all the charges against him.

When handing down sentencing, Judge Beddoe described the fraud as a “thickening quagmire of dishonesty” and that “there were more than 250 victims of relatively modest means, some of whom had lost all of their life savings and their homes.”

The Judge added that the bribery was an aggravating feature.

Jane de Lozey – the Serious Fraud Office’s (SFO) head of fraud – commented: “This is the first of a number of SFO cases to come to trial involving the miss-selling of investment products connected with self-invested pension plans in which savers on modest incomes have tried to invest for their retirement only to find themselves the victims of fraud. Pension scams can be difficult to detect even for experienced investors. The SFO is working closely with partner agencies across law enforcement to tackle this type of serious economic crime.”

Also commenting on the verdict, David Green CB QC (director of the SFO) – said: “These three individuals preyed on investors, many of whom were duped into investing life savings and pension funds. As a result, many lost life-changing amounts of money. This successful conclusion of the SFO’s investigation clearly demonstrates the harm that this type of investment fraud has on victims and the SFO’s ability and determination to bring criminals to justice.”

West and Stone’s charges and convictions under the Bribery Act 2010 are the first to be secured by the SFO since the Act came into law in July 2011. The Act, which is not retrospective, applies to the whole of the UK and provides for wide extra-territorial jurisdiction to deal with bribery committed outside the UK.

Legal proceedings have now commenced to establish compensation and confiscation orders against the three defendants.