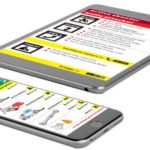 Military and civilian doctors have been working together to produce a new app with the aim of saving lives before the Emergency Services arrive on scene to administer help. CitizenAID has been developed by clinicians in the UK who have deep experience of treating blast and gunshot injuries, and who have developed systems in use both nationally and internationally to treat multiple casualties in civilian and military environments.

Launched this month, CitizenAID is a free app suitable for all smart phones which provides clear and simple actions informing members of the general public on immediate actions to take in the wake of a shooting, stabbing or bomb incident and how to administer life-saving First Aid to the injured. Familiarisation training is to be available free online. A paper pocket guide will also be made available.

Avoidable deaths can occur very quickly, particularly due to bleeding as a result of injuries sustained during a bomb explosion or a shooting episode. Such events often involve multiple victims. Military experience gained from treating casualties in conflict zones has shown how vital immediate action in these circumstances can be.

Brigadier Tim Hodgetts, medical director of the Defence Medical Services and co-author of CitizenAID, stated: “CitizenAID draws on recent military experience to create a simple system that’s accessible to the general public for use in the first minutes when there are multiple casualties from a shooting, stabbing or a bomb blast. We know that, by having the knowledge and skills available at the point of injury, we can prevent avoidable deaths.”

Sir Keith Porter, Professor of Clinical Traumatology at University Hospital Birmingham and co-author of CitizenAID, added: “The greatest threat to a patient after serious injury is time. When there’s a shooting or stabbing incident, the first priority for the Emergency Services is public safety. This means that access to the injured may be delayed. CitizenAID empowers the public to help themselves in these difficult situations, so too their family and friends and the wider community while they’re waiting for the Emergency Services. It provides the public with information to encourage immediate action that can genuinely save lives.”

CitizenAID provides advice on what to do on discovering a suspect bomb and the immediate actions to take after a bomb has exploded. Simple steps to organise the scene and pass the right information to the Emergency Services will improve bystander safety and ensure that those most in need are treated first.

Chief Inspector Richard Harding, head of the National Counter-Terrorism Security Office (NaCTSO), explained: “CitizenAID complements our ongoing work aimed at advising the public on how to maximise their chances of surviving a terrorist attack. Experience tells us that, when people are provided with straightforward information on how to plan, prepare and react to an incident, this results in more effective decision-making and improves the likelihood of positive outcomes should the worst happen. This is why, following the attacks in Paris 12 months ago, we published our Run, Hide, Tell message, which is available to view online. By providing guidance on how to manage traumatic injuries, CitizenAID will take this on to the next stage, helping people to help themselves and others, save lives and, ultimately, thwart the aims of the terrorists.”

CitizenAID is supported by the Royal College of Surgeons of Edinburgh, the academic institute that sets national standards for pre-hospital immediate care practice and education. Michael Lavelle-Jones, President of the College, commented: “As an institution dedicated to delivering high standards of patient safety, we absolutely welcome the launch of CitizenAID. In the aftermath of any event leading to casualties, members of the general public will inevitably be first at the scene. The application of knowledge and simple skills in the critical period immediately after injury can make the difference between life and death.”

*Information on the CitizenAID initiative is available online at www.citizenaid.org. Updates on the freely available resources will be announced on Twitter @TheCitizenAID and Facebook (The Citizen Aid)