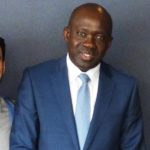 Having served several of London’s most prestigious educational and cultural institutions for a number of years now, CIS Security has just announced that the Lewisham-based security company has again been successful in its recent tender submission for the London Universities Purchasing Consortium (LUPC) Framework Agreement.

Established back in 1968, the LUPC is a not-for-profit professional buying organisation. The organisation’s core membership is made up of universities and colleges of higher education in and around the capital, as well as national organisations from the wider not-for-profit sector.

Through the LUPC’s designated collaborative Framework Agreements – all of which are compliant with European Union public procurement regulations – its members purchase a wide range of products and services, from security and IT solutions right through to library and laboratory equipment.

For its part, CIS Security considers the educational security market a specialist one that demands specific training and sensitivity towards end user recipients of the services offered. Customer experience is paramount for the business and, following on from its recent investment in IT systems and customer service programmes (not to mention recognition in the 2015 and 2016 BIFM Awards), the company is keen to share details of its successes in the education sector in order to coincide with this retention of the LUPC’s business.

While CIS Security has overseen an increase in the number of high-level commendations for its members of staff operating across the corporate and public sectors, it has chosen to celebrate the retention of its place as an Approved Supplier on the LUPC’s agreement for security services by announcing the successes of those individuals who continue to make significant progress across current LUPC contracts.

Among these individuals is award-winning Maverney Jones, now team leader at the University of East London. Jones was honoured by the London Air Ambulance at CIS Security’s Annual Awards Ceremony, winning the top prize in the category ‘The London Air Ambulance Award’ created to recognise potentially life-saving interventions.

In addition, Jones was also recently awarded the coveted ‘Officer of Distinction’ trophy at the 2016 ACS Pacesetters Annual Awards. Commendably, Jones was a runner-up in the Front Line Officer of the Year category at the Women in Security Awards. Jones’ commitment and resilience is described as being “second to none”. Indeed, there has never been any hesitation on the part of this individual when it comes to intervening on challenging incidents.

From a customer relationship perspective, security professionals would be hard-pressed to better the achievements of Ibrahim Seak at Goldsmiths University London. ‘Ibby’, as Seak is affectionately known among his colleagues and students at the university, was recently awarded the inaugural ‘Student-Led Teaching Award’ for Goldsmiths’ favourite non-academic staff member.

Danny Nasr, 2016 Student Body President at Goldsmiths University, referred to Seak as “one of the warmest presences” at the university, adding: “Ibby doesn’t differentiate between members of staff and the students. He treats everyone with the same high degree of respect. That makes him such a great guy. He’s a Goldsmiths treasure.”

Neill Catton, managing director at CIS Security, commented: “We’re over the moon that we’ve successfully won a place as an Approved Supplier on the new LUPC Security Services Framework Agreement. Now, we look forward to developing our contracts even further in line with our objective of continually improving through positive action such as training, confidence building through our initiatives like ‘Blow Your Own Trumpet’ and, of course, by gathering feedback from clients, end users and our own valued members of staff. As someone who has risen through the operational ranks of the industry, nothing makes me more proud than to see our members of staff being celebrated for the professional and personal merits exhibited in their day to day work.”

Suzanne Stokes, senior contracts manager at the LUPC, explained to Risk UK: “We’re very pleased that CIS Security has once again been successful in winning a place on the LUPC Framework Agreement. The company has consistently impressed us with its partnership approach. To its great credit, CIS Security continues to innovate and realise the very best performance from its security professionals who deliver the vital function of welcoming students, employees, contractors and tourists into our member organisations.”

CIS Security is a “security specialist for The Information Age”, providing a range of security services within the UK that are deliberately tailored to individual client needs.