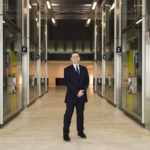 London-based guarding solutions specialist CIS Security has been awarded 170 points out of a possible 174 in its latest Approved Contractor Scheme (ACS) audit, duly placing the business in the Top 1% of security companies operating within the UK.

CIS Security has gone from strength to strength across the last year, evidenced by some recent prestigious contract wins and a shortlisting as finalists in the BIFM Innovation and Technology Awards 2015. The peer-beating score of 170 was realised in an independent audit conducted on behalf of the Security Industry Authority (SIA). Auditors visited the company’s head office and a cross-section of client sites.

The ACS audit report reads: “The organisation has continued to demonstrate that it consistently performs to a high level. This is evident by the improvement in its scores from its previous assessment, rising from 164 to an impressive 170. The business has in place robust controls and processes in terms of how it delivers its service both within the office environment and at client sites. The main sectors that the business works within are education, Government and corporate. There’s a clear and strong focus on continual improvement which was seen to be driven by the senior management team through to other departments of the company. This was evident through a number of KPIs and benchmarking in relation to customer and consumer perception and employee feedback.”

In addition to a glowing report, the auditors also identified a Best Practice activity for special mention. CIS Security has introduced a customer service feedback app innovation. This can be taken out on site using a smart phone or tablet to gather real-time feedback. That has enabled the business to gain accurate consumer/end user feedback instead of using paper forms, thus increasing the volume of feedback and making this a more efficient process.

The auditors commented on how organised CIS Security is as a business, the team spirit they picked up on and the passion that CIS Security’s staff exhibited in demonstrating good work. It was also noted systems in place are robust and that, despite being at the “top of the tree”, CIS Security always strives for further improvement.

Tracy Plant, Human Resources director at CIS Security, told Risk UK: “We’re so proud to have achieved this record ACS score for the company. Achieving, maintaining and improving on standards requires a high level of professionalism and commitment. We’re all thrilled about this latest recognition.”

The SIA is the organisation responsible for regulating the private security industry. It’s an independent body reporting directly to the Home Secretary, Theresa May, under the Terms and Conditions of the Private Security Industry Act 2001. The SIA’s remit covers the UK.

The SIA has two main duties. One is the compulsory licensing of individuals undertaking designated activities within the private security industry, while the other is to manage the voluntary ACS (which measures private security suppliers against independently assessed criteria).