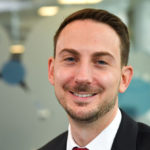 Cifas, the UK’s leading fraud prevention service, has appointed Ashley Hart as an Advisory Board member. Cifas’ Advisory Board has delegated responsibility from the Board to monitor the operational effectiveness of the organisation, as well as understand and represent the interests of its principal stakeholders.

Hart has been at TSB since 2016 and, in his role as head of fraud with the business, has been responsible for the design and delivery of effective fraud strategies, including the launch of TSB’s Fraud Refund Guarantee which now protects over 5.2 million people by refunding any money lost through fraud. Hart has also worked diligently on myriad partnerships with police forces across the UK.

Prior to this, Hart (who’s a qualified barrister) spent nearly a decade with the Financial Ombudsman Service working closely with consumers, financial institutions and Government.

Speaking about the news, Hart told Risk Xtra: “As the UK’s leading fraud prevention service, Cifas is in an unparalleled position when it comes to protecting customers, financial institutions and the public from the threat of fraud. I’m excited to be joining the organisation at a time when its role has never been more important.”

Mike Haley, CEO at Cifas, added: “Ashley brings a wealth of expertise in fraud prevention from TSB and wider relevant experience from the Financial Ombudsman Service. His connections within law enforcement and passion to fight financial crime make him an invaluable addition to Cifas’ Advisory Board.”