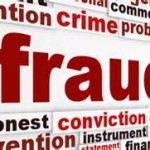 Cifas, the UK’s leading fraud prevention service, has asked Chancellor of the Exchequer George Osborne and the Government to make sure that this year’s Budget includes a clear focus on tackling the serious and growing issue of fraud and its effects on UK plc.

The most recent Office for National Statistics England and Wales Crime Survey included fraud offences for the first time, and an estimated 5.1 million fraud offences were included. Of those, there were 606,601 fraud offences recorded as Police Recorded Crime, of which Cifas data accounted for almost half – 266,701 – of these offences.

However, much more can be done. In a time of reduced budgets, Cifas has asked the Government to further help private, public and third sector organisations and law enforcement agents tackle and prevent fraud by introducing the following measures in this year’s Budget:

*Police spending to be maintained at least at current levels, if not increased, and resources to be focused on tackling fraud and cyber crime

*To put in place the National Audit Office recommendation, as detailed in its Fraud Landscape Review, to bring back a national measure of fraud loss. This measure should look at fraud in the private, public and charitable sectors

*For Government to conduct a data audit. This audit should look at what data it holds that might be useful for crime prevention, and how it can be released to law enforcement and other agencies to help their fight against crime

Simon Dukes, CEO at Cifas, commented: “For far too long, fraud has been seen as a victimless crime. However, for businesses, and in particular smaller companies, charities and individuals there can be very real and devastating long-term consequences.”

Dukes continued: “The last Annual Fraud Indicator in 2013 estimated that fraud cost the UK £52 billion that year. Since then, we’ve seen an increase in the number of fraud offences recorded on our database and, this year, we’re forecasting another significant rise.”

He added: “While we recognise we can never stop all frauds, we believe the Government can do more in the fight against fraud. We believe that if our measures were reflected in this year’s Budget they would make a real difference in tackling and preventing further fraud in the UK.”

The Director of the Serious Fraud Office (SFO) has closed the organisaion’s investigation into allegations of fraudulent conduct in the foreign exchange market (Forex).  This decision follows a thorough and independent investigation lasting over one and a half years and involving in excess of half a million documents.

Based on the information and material obtained, the SFO has concluded that there’s insufficient evidence for a realistic prospect of conviction. While there were reasonable grounds to suspect the commission of offences involving serious or complex fraud, a detailed review of the available evidence led the SFO to the conclusion that the alleged conduct, even if proven and taken at its highest, would not meet the evidential test required to mount a prosecution for an offence contrary to English law. It has further been concluded that this evidential position could not be remedied by continuing the investigation.

The investigation began back in July 2014 following the referral of material to the SFO by the Financial Conduct Authority (FCA). The SFO continues to liaise with the US Department of Justice (DoJ) over its ongoing investigation.

The SFO is grateful for the engagement of partner agencies both domestically and overseas in progressing its investigation. They include the UK’s FCA, the Competitions and Market Authority and the City of London Police, as well as the DoJ and the Australian Securities and Investments Commission.