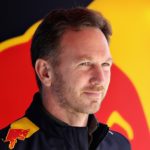 IFSEC International 2018 organiser UBM has confirmed the attendance of Christian Horner (team principal of Aston Martin Red Bull Racing) and Zoe Chilton, the team’s head of technical partnerships, at this year’s event. Horner and Chilton will discuss the team’s Innovation Partnership with FLIR in the brand new Keynote Arena at London’s ExCeL.

A spokesperson from Aston Martin Red Bull Racing explained: “In order to secure its Milton Keynes site and protect its people and technology, the Aston Martin Red Bull Racing Team has recently upgraded its current CCTV system with advanced security monitoring technology from FLIR. The facility is now equipped with some 120 cameras, both visible and thermal, that cover the entire site on a 24/7 basis. Cameras on site include FLIR’s Quasar 4K and QHD versions, as well as the thermal FLIR FC-Series ID. The entire camera network is managed by FLIR’s United VMS.”

The spokesperson continued: “Around 750 people are employed at the factory in Milton Keynes with some areas operated on a 24/7 basis. That’s why it’s critical for the team to have a high-performance security plan and system in place to effectively protect its assets as well as the people who work there.”

This announcement significantly supports IFSEC International’s shift towards becoming a high-level integrated security summit. In its inaugural year of evolution, and in the years to come, the show will be celebrating, driving and sharing the possibilities provided by technology in an ever-competitive landscape.

After a career racing in F3, F2 and F3000, Christian Horner founded the Arden International Racing Team. Arden dominated the final years of the F3000 championship and, when Red Bull Racing debuted in 2005, Horner was appointed team principal. He has been responsible for building up the team from humble beginnings, making astute driver signings, but also constructing a technical base to rival teams with much larger resources.

Inheriting the remnants of the Jaguar Team, Horner set about reinvigorating each department in pursuit of a dedicated squad motivated by the single goal of reaching the top. 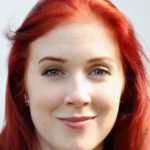 Zoe Chilton leads a team managing key relationships with Red Bull Racing’s technical and innovation partners. The diverse portfolio of 14 partnerships spans a wide range of technical capabilities and products, from some of the world’s biggest names in telecoms and IT through to leading experts in manufacturing and product development.

On technical innovation, Chilton explained: “I’ve always been a fanatic about learning how things work. My love of motorsport spawned from my love of learning new things, so the relentless pace of innovation and evolution at Red Bull Racing is a fascinating environment in which to work. It’s great to be able to share that excitement with our partners and guests, and tell the story of the incredible engineering and technology journey we’re on. It never stops. There’s always something new and interesting to talk about.”

As an event dedicated to showcasing the future of the security industry, IFSEC International draws over 27,000 attendees from around over 116 countries who share the desire to create a safer world, providing opportunities to network, meet suppliers and learn about new solutions from over 600 exhibitors.