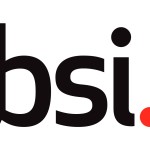 BSI, the business standards company, has published independent research from the Centre for Economics and Business Research (CEBR) demonstrating the economic benefits of standards to both the UK and individual UK businesses. The research – which is an update to a Department for Trade and Industry study from 2005 – shows that standards continue to play a crucial role in the UK’s economic development.

The study incorporates an econometric analysis measuring the contribution of standards to UK labour productivity between 1921 and 2013 and a comprehensive survey of 527 companies in seven key sectors1 as well as interviews and Case Studies with businesses.

Findings show that standards contribute towards over one third (ie 37.4%) of annual UK labour productivity growth, translating into 28.4% of annual GDP growth2. This is consistent with findings from similar national level studies conducted for France and Germany.

The study also highlights that the most productive UK sectors are the most intensive users of standards, with aerospace and defence showing a productivity increase of 20.1% between 2005 and 2014 compared to 4.9% for the economy as a whole.

Through enhanced reputation and confidence in the quality of products and services, standards open up market access for businesses. Analysis of the survey findings suggests that standards drive export performance as evidenced by an annual exports rise of 3.2% across sectors. This role in supporting international trade is valued at up to £6.1 billion for the UK economy3. By providing transparent and transferable knowledge, and improving compatibility and interoperability, standards are shown to be a catalyst for innovation.

Key findings of the survey

The survey of 527 decision-makers in businesses across the UK reveals the following main points:

*70% of interviewees expressed the view that standards enhance the quality of products by improving their supply chain activity, including improved quality of supplier products and services

*89% said that standards has optimised their compliance with regulation

*84% explained that using standards has enhanced their business’ reputation

*SMEs who took part in the survey are benefiting from increased productivity, better innovation and an expanding customer base

Scott Steedman, director of standards at BSI, told Risk UK: “It’s very clear to see that standards are a key driving force in increasing productivity, enhancing export potential and raising the UK’s GDP. These are not simply bold statements. They’re backed up by independent research which has examined the habits of businesses of different sizes and sectors across the UK.”

Steedman continued: “The UK is a world leader in shaping Best Practice standards for business and industry that differentiate high performers from the rest of the market. Evidence shows that even in this tough economic climate, businesses that are willing to continually improve their processes, develop their people and seek to provide assurance for their products and services can and will grow, not just in terms of market share but also in respect of reputation and trust.”

Vicky Pryce, the chief economic advisor at the CEBR, added: “Standards play a vital and often invisible role in supporting economic growth and open up the channels for boosting productivity and innovation. They’re an underused tool giving businesses that aspire to a higher level the opportunity to work together to share innovation.”

Pryce went on to state: “The benefits to companies are multiple and range from enhanced quality of products and the efficiency of processes through to the effective functioning of supply chains. Globally, the UK has played a leading role at each stage of the evolutionary process. Now, this report calls for the continued capitalisation of its strong position as a world leader in those industries where we have competitive advantage.”

*Download the full report: ‘The Economic Contribution of Standards to the UK Economy’ (PDF)

**Download the Executive Summary: ‘How Standards Benefit Businesses and the UK Economy’ (PDF)

1The survey was carried out by JRA Research. Total sample size was 527 decision-makers operational at companies from seven sectors – automotive, energy, aerospace and defence, food and drink manufacturing, ICT, construction and life sciences. These sectors were chosen because they represent some of the most standards-intensive sectors in the UK economy. Fieldwork was undertaken during February and March 2015.  The survey was carried out using telephone interviews (CATI)

2It’s important to emphasise that this finding doesn’t imply that standards are exclusively responsible for boosting productivity growth. Instead, standards have a symbiotic and complementary role to play in driving productivity along with other factors such as improvements to education and advancements in technology. Standards support productivity growth through a variety of mechanisms, for instance by enhancing organisational efficiency, boosting trade and facilitating innovation

3Responses from the BSI Standards in Industry Survey were combined with official sector level revenue exports revenue and GVA data to estimate aggregate increases to revenue, GVA and exports at the sector level. The survey responses were adjusted to reflect the true UK population of businesses in each sector