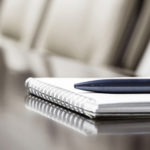 The Centre for Data Ethics and Innovation (CDEI) is partnering with the defence and security-focused Think Tank the Royal United Services Institute (RUSI) to carry out research into the potential for algorithmic bias in policing and how to ensure adequate oversight of these technologies.

RUSI will now conduct independent research into the potential for bias to occur in predictive analytics technologies being developed by police forces as part of the Think Tank’s wider review into bias in algorithmic decision-making.

The organisations recently held discussions which brought together police forces, civil society organisations, academics and policymakers to discuss the use of algorithms in policing, the potential for bias and how the regulatory and governance environment can be improved. Earlier talks, held in partnership with TechUK, looked to explore the role of technology providers in this space.

Attendees discussed a wide range of issues including:

Challenges of sharing data across agencies: The need for police to work with local authorities in order to have access to greater data sets and develop tools to provide a better picture of trends, such as the drivers behind youth violence, were debated. Many attendees stressed concerns around how this could lead to further surveillance and data protection issues as well as being somewhat challenging to implement in practice

The need for a consistent and nationwide approach: The importance of consistency in developing this technology was emphasised. There were different views expressed about which body would need to drive this approach, but there were strong calls for clearer oversight and governance in this area

The CDEI will use the findings of this research to co-develop, with the policing sector, a Code of Practice for the trialling of predictive analytical technology in policing. The Code will seek to mitigate algorithmic bias and address wider ethical concerns.

RUSI will publish its initial research findings in September alongside the CDEI’s draft Code of Practice, which will then be circulated for consultation. The CDEI is set to publish its final report on the review into bias in algorithmic decision-making, including recommendations to the Government, in March next year.