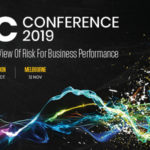 Sword GRC – the supplier of specialist governance, risk and compliance solutions – has announced its guest speaker line-up for the London event of its Global Conference series, which is being held on 17 October at The Dorchester Hotel. This year’s UK event will host Caspar Berry, entrepreneur and professional poker player, who’ll be sharing his fascinating insights on modern day risk in everyday life.

Berry will provide a unique view on how playing cards and running a business incorporate risk-taking, communicating and decision-making. The London Conference is the second event in the series, with the first one being held in Washington DC on 24-25 September at the Hyatt Regency Reston Hotel. The third and final conference date is 12 November. The venue on that occasion is The Grand Hyatt Hotel in central Melbourne. 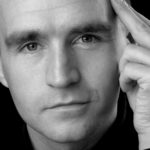 Keith Ricketts, vice-president of global marketing at Sword GRC, said: “We’re delighted to have Caspar Berry at our London Conference. He’s an inspirational and pioneering speaker who’ll be sharing his insightful personal experiences on the challenges that risk presents both in life and in the workplace. We hope that his unusual approach will challenge delegates on how they think about risk and compliance. Attendees will also have the opportunity to network with their peers and discuss ideas and Best Practice.”

Ricketts added: “We will also be presenting how the Sword GRC Platform delivers a varied range of solutions to support better business decisions through a single view of risk. Delegates will be able to learn how a consolidated view of risk can enable collaborative working and efficiently address the most critical issues in the enterprise.”

Caspar Berry’s career began in the first BBC 1 series of Byker Grove, alongside TV presenters Ant and Dec. After graduating from the University of Cambridge, Berry had his first screenplay produced by Film4, writing for Miramax and Columbia TriStar at the age of just 23. When he was 25, Berry moved to Las Vegas and become a professional poker player for three years. On returning to the UK, he co-founded Twenty First Century Media, which became the fastest-growing audio visual media company in the North East of England. Berry provides a unique view on how playing cards and running a business incorporate risk-taking, communicating and decision-making. 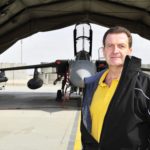 Retired Royal Air Force (RAF) navigator, prize-winning author and TV presenter John Nichol will also be making a presentation at the London Conference. During his 15 years in the RAF,  Nichol served as a Tornado navigator in air defence and ground attack roles. Shot down during the first raid in the Gulf War in January 1991, Nichol was captured, tortured and paraded on television, an act that provoked worldwide condemnation and provided one of the most enduring images of the conflict.

Nichol is the author of 15 books including The Sunday Times best-sellers ‘Tornado Down’ and ‘Spitfire: A Very British Love Story’. He has written features and comment for all of the national newspapers and has been a consultant and presenter for GMTV, the BBC, Sky and ITV News, The One Show, CNN and Cutting Edge.

Sword GRC’s US and Australian events have prestigious and notable speakers. Lynn Brewer, Enron ‘whistleblower’ and founder of The Integrity Institute and The Integrity Index (a revolutionary new corporate rating system), will be speaking at the US Conference, while the Australian event hosts prize-winning author, comedian and artist Anh Do.

*For more information (and to register your place) visit: https://www.sword-grc.com/grc-conference-2019/