‘Cash for Qualifications’: a drop in the ocean or the tip of an iceberg? 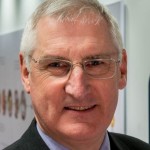 Richard Jenkins responds to the BBC Inside Out programme focusing on alleged malpractice in the security sector in which Keith Vaz (chairman of the Home Affairs Select Committee) suggests that the Home Office needs to act “urgently” on the matter.

If they watched the BBC’s Inside Out programme aired on Monday 23 March, some industry ‘insiders’ might wish to tell you that its content could be the tip of the iceberg, that the industry pays poorly – in some cases passing qualification and training costs on to its workers – that regard for competency among the workforce is patchy and that stories of malpractice are not difficult to find.

Certainly, the underlying impression is of a wide variation in standards of service and risk to members of the public.

The counter argument suggests that a very competitive market is driving down price and standards. Business is won on price, not value.

The regulatory backdrop in view

Set against all of that, the regulatory backdrop appears to be – to the outsider, at least – not exactly joined up. On the one hand, there’s the Security Industry Authority’s (SIA) Approved Contractor Scheme (ACS), on the other the United Kingdom Accreditation Service (UKAS) which oversees conformity to British Standards.

The SIA, of course, is responsible for regulating the private security industry and reports to the Home Secretary Theresa May under the Terms and Conditions of the Private Security Industry Act 2001. Its two main duties are the compulsory licensing of individuals and managing the voluntary ACS (which measures private security companies against set criteria).

Companies with ACS approval receive an annual independent assessment. In essence, this is an holistic view of a given business and its practices.

Since 2013, the SIA’s ACS has added a test to measure new employees’ understanding of training which is part of a company’s approval rating. To a degree, this addresses the issue of staff competency.

The Department for Business, Innovation and Skills (BIS) appointee UKAS is the sole national accreditation body for overseeing the certification of companies operating to the relevant British Standards. BIS recommends the use of UKAS-accredited conformity assessment services wherever possible (including within the security industry).

British Standards compliance-focused certification audits already cover recruitment, security screening, licensing and training. Companies approved by a UKAS certification body and who hold the relevant ‘Product Certification’ are subjected to a more demanding process which requires full compliance to the British Standards in order to gain – and, importantly, retain – approval.

Key questions to be asked

For our part, the National Security Inspectorate (NSI) applies its own due diligence assessment on those businesses seeking certification. The NSI wraps up due diligence, QMS and ‘Product Certification’ in what it calls NSI Gold, ie the Gold Standard. For businesses seeking ultimate assurance from their security provider, it’s fair to state that this accreditation is hard to beat.

Hence the confusion. Is it SIA approval or UKAS approval that carries most weight, is most helpful to end users and addresses security risk most effectively? Clearly, Government is undecided on this matter.

Add into the mix ‘Cash for Qualifications’. Security companies deploying SIA licensed individuals can operate freely without any approval, and so are not subject to the scrutiny of any independent assessment or audit. It’s here that the security risk is greatest.

*Should the industry be seeking a more simplified regulatory environment?

*Should the Home Office and BIS find a way to ‘join up thinking’ in respect of standards to be applied in the industry?

*Is Government comfortable with the current – and, some would say, confused – approach to regulation?

*Would an integrated approach be better for end users and the industry alike?

On balance, mechanisms are already in place to identify any malpractice, including that around employee competency, but these mechanisms are only instigated on a voluntary basis by those companies with a desire to do more than the legally required minimum.

Either way, until end users understand the merits of audit-based certification or Government forms a view that certification to existing British Standards should apply to all, it’s fair to say that malpractice is likely to continue.

Until then, the risk the public carries is that property might be stolen or destroyed or, worse still, lives could be lost due to rogue elements infiltrating the sector.

Richard Jenkins is CEO at the National Security Inspectorate