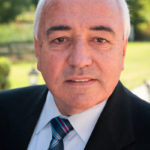 BAFE – the independent registration body for third party certified fire protection companies across the UK – has announced the appointment of two new directors to the Board. Carol Atkinson and John Pownall’s appointments were approved at the organisation’s recent 2017 AGM.

Carol Atkinson MA was the CEO at BRE Global from 1998 to 2012 and has an extensive background in certification, building research and management within a not-for-profit environment. All of this expertise will ultimately benefit BAFE and its stakeholders.

For his part, John Pownall has enjoyed a wide-ranging career in business, including holding senior positions at Securitas, ADT and Secom as well as other fire and security-related organisations. Pownall will bring to BAFE additional financial and commercial expertise from across many common areas of interest.

Speaking about the news, BAFE chairman Douglas Barnett stated: “We’re delighted to have added two such experienced and knowledgeable people to the Board. We have an excellent range of fire industry and commercial expertise available to support the executive team here at BAFE at a time when the brand and our message about the value of third party certification is developing rapidly.”