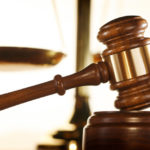 On 27 May 2016, Capital UK Services Ltd and its directors Judith Wanyoike and Stephen Mungai were sentenced at Nottingham Magistrates Court for supplying unlicensed security officers.

The court heard that Capital UK Services Ltd provided eleven security operatives who were unlicensed across two large contracts. The first was between August 2013 and February 2014 when operatives were deployed on the contract to build the Nottingham City Tramway, a security contract worth about £2.2 million. The second instance was between October 2013 and March 2014 on a contract with a nationwide refurbishment company.

At a hearing in July 2015, Mungai pleaded guilty to supplying unlicensed security officers. This is a Section 5 offence under the Private Security Industry Act 2001. As a director, he was also found guilty of consent or neglect for employing unlicensed officers, which represents a Section 23 offence under the Act. Mungai received a community service order of 250 unpaid hours work concurrent for both offences and was ordered to pay £12,000 in costs.

Wanyoike received a community service order of 100 unpaid hours work. She was ordered to pay £6,000 in costs and disqualified as a company director for five years.

The company, which is now insolvent, received a nominal fine of £1.00.

Consequently, Mungai was ordered to pay £172,370 and Wanyoike £34,000. Both individuals have been given three months to pay the figure in full. The Judge also ordered that if Mungai and Wanyoike failed to pay the full amount, Mungai would receive a default prison sentence of two years and Wanyoike nine months.

Commenting on the case, the Security Industry Authority’s investigations officer Michael Bryan stated: “We’re pleased with the sentencing and Proceeds of Crime Act ruling. This strong conviction and Proceeds of Crime Act confiscation order highlights that security industry regulation exists to protect members of the general public and businesses who use contracted security services. Regulation also ensures the effectiveness of security businesses that operate within the industry. We robustly regulate the private security industry and will seek to prosecute those who choose to ignore the legislation that’s in place.”