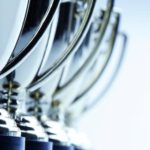 Practising professionals operating within the security and fire safety business sectors are being urged by the Fire and Security Association (FSA) to nominate individuals for this year’s FSA Awards. To be presented for the first time at the 2016 IFSEC Security and Fire Excellence Awards, nominations are now invited for The Peter Greenwood Security Award and The Ian Marsh Fire Award.

The Peter Greenwood Security Award recognises individuals who’ve made an outstanding contribution to the security systems industry. It’s the longest established individual award in the security profession, and has been in existence since Peter Greenwood’s untimely death in January 1995. Greenwood was a former head of the Electrical Contractors’ Association’s (ECA) Security Group and involved with its Fire Group. He was also a founder member of the Security Industry Lead Body (SILB).

*To find out more information on this award visit: http://www.eca.co.uk/news-and-events/peter-greenwood-awards/

The Ian Marsh Fire Award recognises individuals who demonstrate enthusiasm and selfless concern for the fire and emergency systems industry. The award was renamed in honour of Ian Marsh in 2013, the year after he died. Marsh made a major contribution to the industry, including an active involvement with both British Standards and the Wiring Regulations, as well as having a pivotal role in the creation of certification body ELECSA. 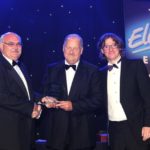 Geoff Teader (centre) is presented with the 2015 Ian Marsh Award by Pat Allen (left), chairman of the FSA

*To find out more detail for this award visit: http://www.eca.co.uk/ian-marsh-awards/

All nominations are set to be reviewed by a panel of six Judges, which will include FSA representatives as well as leading figures from across the industry. The 2016 Judging Panel will be announced in due course.

The deadline for FSA Award nominations is noon on Wednesday 21 September. For more details, or to nominate an individual for either award, access this link.

“The FSA is delighted to announce that nominations are open for our sector-leading awards,” stated Steve Martin, head of the organisation, “and we urge anyone involved in the fire and security industry to put forward deserving candidates. Over the years we’ve had many very deserving winners of both The Peter Greenwood Security Award and The Ian Marsh Fire Award, and we look forward to another duo of industry champions gaining recognition this year.” 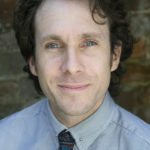 The FSA is an Official Media Partner at this year’s IFSEC Security and Fire Excellence Awards, which is being held on Wednesday 23 November in London. The winners of both FSA Awards (plus one guest each) will be given free places on the FSA’s table on the evening. The event is being hosted by comedian Jimmy Carr.

The FSA is the Trade Association dedicated to serving those companies who design, install, commission, maintain and monitor electronic fire, emergency and security systems. As a specialist group of the ECA and working in partnership with SELECT, the Scottish electro-technical trade association, the FSA is uniquely positioned to improve industry standards and enhance and develop members’ businesses.

FSA members receive a range of services and benefits designed to give their business the very best commercial advantage, recognition and support. Additionally, end user clients can be assured of professionalism and quality by selecting an FSA member to design, install and commission their fire and security systems.