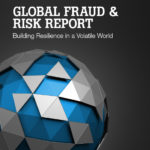 According to those executives surveyed for the 2016-2017 Kroll Annual Global Fraud and Risk Report, it would appear that fraud, cyber and security incidents are now the ‘new normal’ for companies across the world. The proportion of executives reporting that their companies fell victim to fraud in the past year rose significantly to 82% (from 75% in 2015 and 70% in 2013), duly highlighting the escalating threat to corporate reputation and regulatory compliance.

Cyber incidents were even more commonplace, with 85% of executives surveyed stating that their company has suffered a cyber incident over the past 12 months. Over two-thirds (68%) reported the occurrence of at least one security incident during the course of the year.

Despite widespread concerns about external attacks, the survey findings reveal that the most common perpetrators of fraud, cyber and security incidents over the past 12 months were current and former employees.

Six out of ten respondents (60%) who worked for companies that suffered from fraud identified a combination of perpetrators that included current employees, former employees and third parties. Almost half (49%) said that incidents involved all three groups. Junior staff were cited as key perpetrators in two-fifths (39%) of fraud cases, followed by senior or middle management (30%) and freelance or temporary employees (27%). Former employees were also identified as being responsible for 27% of those incidents reported.

Overall, 44% of respondents reported that insiders were the primary perpetrators of a cyber incident, with former employees the most frequent source of risk (20%) compared to 14% citing freelance or temporary employees and 10% citing permanent employees.

Adding agents or intermediaries to this ‘insider’ group as quasi-employees increases the proportion of executives indicating insiders as the primary perpetrators to a majority 57%.

Over half of respondents (56%) explained that insiders were the key perpetrators of security incidents, with former employees again the most common of these (at 23%).

Tommy Helsby, co-chairman of Kroll Investigations and Disputes, commented: “This year’s Kroll Global Fraud and Risk Report shows that it’s becoming an increasingly risky world, with the largest ever proportion of companies reporting fraud and similarly high levels of cyber and security breaches. The impact of such incidents is significant, with punitive effects on company revenues, business continuity, corporate reputation, customer satisfaction and employee morale. With fraud, cyber and security incidents becoming the ‘new normal’ for companies all over the world, it’s abundantly clear that organisations need to have systemic processes in place to prevent, detect and respond to these risks if they’re to avoid reputational and financial damage.”

The vast array of perpetrators and ever-evolving nature of incidents reflect an increasingly complex risk management environment for businesses.

Every category of fraud has seen a marked increase between 2015 and 2016. The greatest increases are witnessed in the areas of market collusion (15%) and misappropriation of company funds (11%). Theft of physical assets remained the most prevalent kind of fraud suffered in the past year (as reported by 29% of respondents), followed by vendor, supplier or procurement fraud (26%).

A broad range of cyber incidents were reported. The single most common type of incident reported was a virus or worm infestation, reported by one-third of all companies (33%), followed by an e-mail-based phishing attack (26%).

In the age of Big Data, nearly a quarter (23%) of respondents to the survey said that data breaches resulted in loss of customer or employee data, while 19% reported loss of Intellectual Property, trade secrets or R&D. More than one-in-five (22%) suffered data deletion or corruption caused by malware or system issues, while 19% were victims of data deletion by a malicious insider.

Over two-thirds (69%) of executives say their companies have been dissuaded from operating in a particular country or region due to fraud concerns and just under two-thirds (63%) because of security threats.

While insiders are cited as the main perpetrators of fraud, they’re also the most likely to discover it. Almost half (44%) of respondents said that a recent fraud had been discovered through a whistle-blowing programme, while 39% said it had been detected through an internal audit.

The most commonly reported cyber risk mitigation action was conducting in-house security assessments of data and IT infrastructure, implemented by 76% of survey respondents’ companies.

Dan Karson, co-chairman of Kroll Investigations and Disputes, concluded: “Companies’ greater use of technology and their increasing reliance on international supply chains means they’re now more at risk from fraud than ever before. In our experience, this risk can be mitigated by adopting a conscious and proactive approach. Many of the challenges organisations face could be reduced through the implementation of employee and partner education programmes or a tighter set of policies that help to remove avoidable errors and poor business practices.”

Background to the study

For the 2016-2017 Global Fraud and Risk Report, Kroll commissioned Forrester Consulting to conduct an online survey and ten interviews with 545 senior executives worldwide across multiple industries and geographies. The survey was carried out during July and August 2016.

In addition to building on prior studies’ coverage of fraud, this year the study was expanded to cover perceptions of – and experiences with – cyber and physical security risk.

As has been the case with prior studies, respondents represented a variety of industries, including technology and telecoms, professional services, manufacturing, natural resources, construction, engineering and infrastructure, consumer goods, financial services, retail, wholesale and distribution, transportation, leisure and tourism, healthcare, pharmaceuticals and biotechnology.

Respondents hold senior positions within their companies, with 70% of them representing the C-Suite. Some 61% of the companies involved have annual revenues of $500 million or more.

Respondents represented all major global geographies, with 25% emanating from Europe, 20% from the Asia Pacific region, 20% from North America, 19% from Africa/Middle East and 16% from Latin America.

*The Kroll Annual Global Fraud and Risk Report 2016-2017 includes a full and detailed industry analysis across a range of fraud categories and regions. To obtain your copy click here