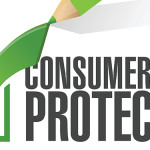 The Consumer Rights Act 2015 will be enforced from 1 October

Law firm Moore Blatch is warning consumer-facing businesses to review their customer sales contracts and check compliance ahead of the Consumer Rights Act, which comes into force on Thursday 1 October 2015 and will give consumers new rights in respect of faulty or not as described goods, services and digital content.

The Consumer Rights Act replaces a number of laws with regard to business-to-consumer transactions and introduces two new areas of law – digital content (meaning new rights for consumers to gain a repair or replacement of faulty digital content, such as online films, games, music downloads and e-books) and rules on what should happen if a service is not provided with reasonable care and skill (or as agreed).

Consumers will now have a clear right to demand that substandard services are rectified or, failing that, receive a price reduction.

In addition, the Consumer Rights Act updates existing laws on what a business should do when goods are faulty, including a 30-day time period for the return of faulty goods and obtaining a full refund. Before, there had not been a specific time frame in place, just a ‘reasonable time’.

Certain pre-contractual information provided by sales teams or in sales material may become an implied term of the contract. On that basis, such information must be up-to-date and accurate to avoid claims for breach of such terms.

There will also be a clearly defined tiered structure setting out rights to a refund, repair or replacement of faulty goods, digital content and services.

Moore Blatch strongly advises that businesses look to review their:

*limitation of liability clauses, checking compliances and references to legislation

*pre-contractual information (including notices and announcements)

Sarah Crookall, associate solicitor for corporate and commercial at Moore Blatch, commented: “It’s fair to say that, because of the new Consumer Rights Act, a good deal of contractual paperwork and sales literature will have to be reviewed. It’s important that businesses are careful and prepared for the new legislation. Also, consumers will now have more rights to challenge Terms and Conditions which are not fair, or are hidden in the small print.”

The Consumer Rights Act – which received Royal Assent on 25 March this year – was introduced to Parliament by Jo Swinson MP (a former parliamentary under-secretary in the Department for Business, Innovation and Skills) on 23 January 2014 with the aim of consolidating and updating consumer protection law and thus introduce a “modern framework of consumer rights.”

Among the pieces of legislation that have been combined into the Consumer Rights Act are, most notably, the Unfair Terms in Consumer Contracts Regulations 1999, Unfair Contract Terms Act 1977, the Sale of Goods Act 1979 and the Supply of Goods and Services Act 1982.

*Moore Blatch is one of the largest law firms in the South of England with major strengths in corporate and commercial, property, dispute resolution, personal injury and clinical negligence. The company also operates specialist teams serving sectors such as the lending industry, land development and transport and boasts a strong reputation in Health and Safety law

**The business operates from offices in Southampton, Richmond, Lymington and the City of London