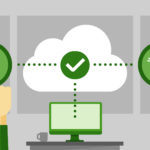 Bitglass has just released ‘Guardians of the Cloud’, its 2019 Cloud Security Report. As organisations migrate more of their data and operations to the cloud, they must maintain a robust cyber security posture. To uncover how well they’re accomplishing this, Bitglass has partnered with a leading cyber security community to survey IT professionals about cloud security in their organisations.

Each year, Bitglass conducts research on the state of enterprise cloud security in order to identify key trends and common vulnerabilities. This year’s report found that 75% of organisations leverage multiple cloud solutions, but only 20% have visibility over cross-app anomalous behaviour.

Despite a change in their order, the top priorities from 2018 remained top priorities in 2019. This year, the Top Three were defending against malware, reaching regulatory compliance and securing major apps in use.

Access control (52%) and anti-malware (46%) are the most-used cloud security capabilities. However, these and others – like single sign-on (26%) and data loss prevention (20%) – are still not deployed often enough.

Malware has emerged as the most concerning data leakage vector, with 27% of respondents citing it as the foremost concern for their organisation. Conversely, concern about leakage through unsanctioned cloud apps fell from 12% in 2018 to 5% in 2019, showing that organisations are becoming aware that there are threats greater than shadow IT.

Cost is the leading concern for organisations evaluating cloud security providers. Other critical concerns include ease of deployment (46%), whether the solution is cloud native (45%), the ease with which cross-cloud security policies can be enforced (36%) and a given solution’s ability to integrate with various cloud platforms (36%).

“Data is now being stored in more cloud apps and accessed by more devices than ever before,” said Rich Campagna, chief marketing officer of Bitglass. “This report found that 93% of respondents are at least moderately concerned about their ability to use the cloud securely, and that the adoption rates of basic cloud security tools and practices are still far too low. Many organisations need to rethink their approach to protecting data as traditional tools for safeguarding data on premises are not capable of protecting data in the cloud.”