Businesses “on top of IT downtime costs” suggests Databarracks research 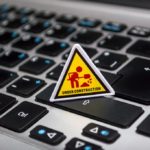 New research from Databarracks has revealed that organisations are becoming better at understanding what IT downtime costs their business. Data taken from the company’s recently released Data Health Check Survey reveals that less than one-in-five organisations (19%) don’t know how much IT downtime costs their business. This is down from over a third (35%) back in 2017.

Groucutt stresses that having a complete picture of what IT downtime costs an organisation enables it to make better-informed decisions on issues relating to IT resilience, supplier management and continuity planning. He stated: “There are several types of indirect costs that need to be considered when estimating the financial impact of an outage to the  organisation. The obvious costs are well known to a business. They include staff wages, lost revenue or any costs tied to fixing an outage.”

According to Groucutt, it’s important to look beyond these for a more holistic view of the impact an outage will have financially. ‘Hidden’ or intangible costs, such as damage to reputation, can often outweigh the more obvious and immediate costs. Further research from Databarrack’s study revealed that reputational damage is the second biggest worry for organisations during a disaster, behind only revenue loss.

“The problem with these intangible costs is that they’re not easy to estimate, and because they often take time to materialise, they can be excluded from calculations. It will always be difficult to secure budget for IT resilience if you cannot show the Board a clear picture of the impact downtime will have. Presenting a complete downtime cost immediately puts the cost of investment into context and will help IT Departments make the improvements they need. It’s encouraging to see organisations thinking more holistically and factoring these previously ignored costs into their budgeting.”