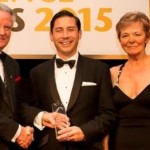 Bestowed by The Security Institute on an annual basis, the prestigious Wilf Knight Award has been won in 2015 by James Eaton for his paper entitled ‘Key Performance Indicators for Information Security Management in the Public Sector’.

A post-graduate student at Buckinghamshire New University (BNU), Eaton was the unanimous choice as outright winner among this year’s Judging Panel (whose cohort included Risk UK’s Editor Brian Sims, an Honorary Fellow of The Security Institute). The Judging Panel praised Eaton’s work as an original piece of applied research that will have definite appeal among IT security managers, policy developers and scholars within the traditional security management field, the information security discipline as a whole and broader business continuity.

Eaton – who recently completed a Master’s degree in Business Continuity, Security and Emergency Management at BNU’s Department of Security and Resilience – is employed by Lockheed Martin UK as an information security manager. He’s presently based in London, where he provides service integration and management advice to the Ministry of Justice.

Garry Evanson CSyP, chairman of The Security Institute and also a member of the 2015 Wilf Knight Award Judging Panel, said: “This work is an excellent example for other students to aspire to, not to mention a validation of the importance of the annual Wilf Knight Award in bringing to a wider audience cutting-edge thinking on security issues that might otherwise go unnoticed.”

Phil Wood (head of school, Management and Professional Studies at BNU) added: “We at Buckinghamshire New University are delighted that the excellence of our post-graduates has been recognised again with our second Wilf Knight Award in the past three years. James has produced an excellent piece of research which reflects not only the hard work and specialist knowledge that he has applied to his Master’s studies, but also the work and effort of the academics and delivery teams at the university.”

Eaton himself told Risk UK: “I was honoured to receive the award from Patricia Knight, and I’m delighted that my research has been recognised as a valuable contribution towards the profession of security management. This marks another step on my path in terms of a successful transition into the commercial sector from the Armed Forces. During my transition planning, I both sought and received excellent advice, guidance and knowledge from the security team at Buckinghamshire New University which undoubtedly helped to focus my approach.”

Now in its seventh year, The Security Institute’s Wilf Knight Award is presented in recognition of a unique piece of research conducted around a security management-based subject.

The Security Institute has won the Best Contribution to Standards in the Security Sector category at the 2015 Security and Fire Excellence Awards for the development of its Manifesto for Professional Security (which was launched on 18 November 2014 at the Churchill War Rooms in London) and the subsequent creation and launch of the Security Commonwealth in February this year. 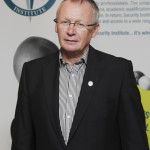 Speaking about this latest accolade, The Security Institute’s managing director David Thorp stated: “The Manifesto idea was enthusiastically taken up by the Board of The Security Institute who actively supported its creation and promulgation. They could see the value of a unifying initiative which would result in many key organisations aiming to represent the security profession or security industry by working together for a common purpose.”

Thorp continued: “If widespread support is sustained, the Manifesto can have lasting benefits for the industry, its professionals and for society. Our vision is to make professional security more effective, recognised and respected for the great value it delivers to society, organisations in both the public and private sector and individual members of the public. We believe that professional security management has the opportunity and the responsibility to play a full role in addressing the challenges and security risks of the future.”

He concluded: “Our vision is that the sector as a whole should become recognised and respected for its professionalism by Government, business and the public. Our Manifesto sets out what The Security Institute is going to do in order to make this change happen.”

EIU-BSI Study: “Only 29% of CEOs believe their organisation has the resilience practices in place to succeed”