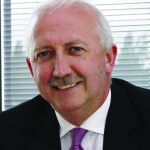 The British Security Industry Association (BSIA) has accepted an invitation from the Home Office to become a member of the Challenge Group that will help in steering the direction of the Security Industry Authority (SIA) review process which began on Monday 11 January 2016.

The SIA review was launched via a Written Ministerial Statement and is being led by Tony Regan, a senior Home Office official with non-departmental public body experience.

The review is a Cabinet Office requirement for all ‘arms-length bodies’ and, in this instance, will consider the functions of the SIA as a Regulator for the private security industry and how they’re delivered.

As a member of the Challenge Group, the BSIA will be afforded the opportunity to test and comment on the findings of the review prior to its publication (scheduled for the Spring).

James Kelly, CEO of the BSIA, told Risk UK: “It makes a good deal of sense for the private security industry’s Trade Association to be involved at an early stage of the SIA review. Our industry needs an effective and modern Regulator, and we want to help shape it.”

The BSIA will now consult all of its members on the future of the SIA and subsequently provide the Challenge Group with a united voice on its position.