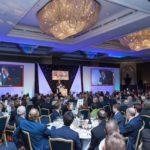 The British Security Industry Association (BSIA) will soon be recognising the industry’s finest talent at its upcoming 2016 Annual Luncheon, scheduled to take place on Tuesday 12 July at the London Hilton Hotel on Park Lane.

The Annual Luncheon is the Association’s flagship event, enabling members and colleagues from across the security business sector to join forces in celebrating the industry’s achievements of the past year, while also networking with VIPs from Government, the police service and other key stakeholder representatives.

The event an excellent platform for recognising the commendable and limitless contributions that security personnel make to the industry and the wider community each and every day through the Association’s awards programme. As ever, accolades will be presented to the national winners of the Security Personnel of the Year Awards, the Apprentice Installer Awards, the CVIT Special Awards and the BSIA Chairman’s Awards.

James Kelly, CEO of the BSIA, commented: “The Association’s Annual Luncheon is always a highlight in the security calendar, and one that I know many of our members look forward to each and every year. The BSIA is proud to represent the very best of the security industry. Our annual awards programme enables us to showcase the enormous amount of talent that’s present within the sector.”

This year, the awards will be presented by former British Army officer and inspirational speaker Chris Moon, who’ll also be delivering a Keynote Speech. Moon spent time clearing landmines in Asia and Africa, and survived being taken prisoner in Cambodia by the Khmer Rouge by successfully negotiating his own release and that of two colleagues from threatened execution.

However, back in 1995 Moon was injured in a supposedly safe area of a minefield in remote East Africa, losing an arm and a leg. Within a year of leaving hospital, he had run the London Marathon and raised significant sums of money to help disabled people in the developing world. 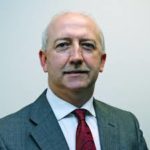 “I’d like to encourage anyone involved in the UK’s private security business sector to join the BSIA at our Annual Luncheon this year,” stated James Kelly. “The event is always well attended by colleagues from all sectors of the industry, and presents a great opportunity to reflect on achievements realised over the past year.”

The BSIA would like to extend its thanks to this year’s sponsors: