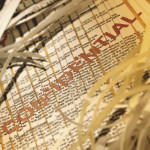 Following a number of high-profile data breaches within NHS Trusts and local authorities, secure data destruction is now a top priority across the public sector.

Organisations operating within this sector have been particularly prone to poor data management, with many incurring fines of up to £500,000 from the Information Commissioner’s Office (ICO).

With previous research highlighting a worrying lack of awareness regarding British Standards and legal obligations, the BSIA has decided to energise a new campaign designed specifically to educate those responsible for procuring information destruction services.

Kicking off this campaign is an initial research piece. Aimed at organisations operating within the public sector, it’s designed to gauge their understanding of the various standards operating within the marketplace and to gain an overview of current procurement practices and specifications.

Open to organisations of all types – and predominantly including those within the healthcare, education and local authority sectors – the research takes the format of an online survey which can be accessed via the following link: http://svy.mk/1ExAJQu All responses will be treated as being anonymous.

Adam Chandler, chairman of the BSIA’s dedicated Information Destruction Section, commented: “While it’s not just public sector organisations that are prone to data breaches – the average data breach costs private sector firms around £1.9 million on an annual basis – the sensitive nature of the data held by public sector organisations can expose them to greater reputational and financial risk.” 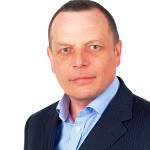 Chandler continued: “An overarching theme identified by the BSIA’s previous projects is a general lack of understanding when it comes to the standards that should be specified of a professional information destruction supplier. This often leads to organisations specifying unnecessarily stringent requirements with regards to factors such as shred size, transport and destruction processes.”

As the leading authority on information destruction Best Practice, the BSIA’s Information Destruction Section is aiming to overcome this issue and further highlight the benefits of various standards – including EN 15713 – by launching an educational campaign targeted at end users within the public sector who are considering procuring information destruction services.