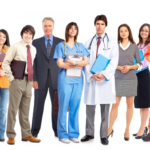 In mid-October, the Office for National Statistics (ONS) issued the findings of its Crime Survey for England and Wales for the year ending June 2017. While crime estimated by the study has fallen considerably from the peak levels recorded back in 1995, the volume of violence against the person offences now being dealt with by the police service has increased. Here, James Kelly discusses how lone worker safety solutions could help to reduce the risk of crimes such as stalking.

The latest Crime Survey for England and Wales highlights that the volume of violence against the person offences being dealt with by the police has risen by 19% compared with the previous year, largely due to increases in the sub-categories of ‘stalking and harassment’ (36%), ‘violence without injury’ (21%) and ‘violence with injury’ (10%).

According to the ONS’ report, most of this volume increase was thought to result from improved recording practices. However, it’s likely that the rises in these more serious categories of crime reflect genuine escalations in criminality as they’re thought to be generally well-recorded by the police.

Stalking is defined as the unwanted or obsessive attention by an individual or group towards another person. Stalking behaviours may differ, but are related to harassment and intimidation and may include someone following the targeted victim in person or otherwise monitoring them in some way.

According to the Suzy Lamplugh Trust – the personal safety charity that runs the National Stalking Helpline – anyone can be a victim of stalking. In fact, a report produced by Dr Lorraine Sheridan and the Network for Surviving Stalking found that stalking victims’ ages ranged from 10 to 73, with both males and females targeted and episodes spread right across the entire socio-economic spectrum.

Around 45% of those individuals who contact the National Stalking Helpline are being stalked by a former partner, while a further third have had some sort of prior acquaintance with their stalker. This could include a friend, a colleague or a client, for example.

For employers of the estimated eight million lone workers in the UK, the increase in stalking and harassment reported in the Crime Survey for England and Wales should be concerning, and particularly so for those that employ lone workers operating within the community.

There’s a legal obligation for any employer to keep their lone workers safe. Revised sentencing guidelines issued in November 2015 have made the penalties more severe for those failing to do so. The Health and Safety, Food and Corporate Manslaughter sentencing guidelines were issued by the Sentencing Council and will be considered by the courts.

Since the revisions came into effect in February last year, organisations breaching their Duty of Care towards employees and non-employees alike face significantly larger fines starting at several million pounds for a large organisation found to be highly culpable in a Harm Category 1 incident. Additionally, stalking can have a hugely detrimental impact on its victims in terms of their physical and psychological well-being, causing them to feel unsafe wherever they go which, in turn, can impact their performance in the workplace.

In employer guidance produced by the Suzy Lamplugh Trust, signs of an employee being stalked are explained as including ‘increased absences, arriving late for work or unexplained poor work performance’.

Research also informs us that 50% of stalking victims have “curtailed or ceased work as a consequence of being stalked”.

For employees regularly required to work alone or away from their usual place of work – such as in the local community – a lone worker safety solution can provide them with reassurance, as well as a means to summon aid should an emergency scenario arise.

An effective lone worker solution will also collect information that can be used as evidence if an incident does occur.

There’s a variety of lone worker products available, including Apps on smart phones and dedicated GPS/GSM lone worker devices which connect lone workers quickly and discreetly with an emergency response. Devices are connected to an Alarm Receiving Centre (ARC) at which operators receive and manage alarm calls and can quickly request Emergency Services or other assistance if required.

Users can also send a pre-activation message to the ARC, which will notify operators that the user is about to enter an area with a potential risk. If any problems occur, the user can then activate the device fully in order to summon help. Activation of the device automatically triggers a voice call to the ARC, allowing operators to monitor the audio channel in real-time, assess the situation and alert the police service if the user needs help or protection.

The open microphone provides the police service with an effective ‘moving picture’ of the whole incident, in turn affording peace of mind for the end user that the situation is being closely monitored at all times.

Perhaps the most important factor to consider when contracting a lone worker safety service is whether the chosen supplier is certified to BS 8484: Code of Practice for the Provision of Lone Worker Services. This is vital as it’s the basis upon which the police respond to lone worker systems and how they do so.

The other major factor – this time pertaining to Section 6 of BS 8484 – in ensuring an effective police response from a lone worker device activation is that the supplier uses an ARC which meets the British and/or European Standards around physical security of the building, staff security vetting and call handling response times.

The ARC must operate on a 24/7 basis and be able to quickly reinstate services following a catastrophic event such as a fire or flood. The current standards that an ARC must meet are certification to BS 8484 Part 6 and BS 5979 Category II, although ARCs applying for new accreditations are expected to meet the requirements for BS 8591 which call upon the same requirements for BS EN 50518 (the latter is currently under review).

The National Police Chiefs’ Council’s (NPCC) Security Systems Policy permits these accredited ARCs to be granted a Unique Reference Number (URN) by each UK police force. A trained and certified ARC operator will listen in to audio received from a lone worker device activation. If safe to do so they’ll speak to the user and then consider the reply, alongside other information, to determine whether requesting a Level 1 police response would be appropriate. The URN system enables an ARC to bypass the usual 999 route, thereby ensuring a quicker response from the police.

Back in late 2015, the BSIA’s Lone Worker Section interviewed the NPCC’s security systems lead Ken Meanwell, who explained: “In the majority of cases, the use of a URN guarantees that the police will respond more quickly than when 999 is called. Obviously, this doesn’t mean that the URN call will remain a priority. Common sense applies and incidents involving firearms or large-scale public disorder, for example, may assume priority.”

Providing employees who are required to work alone – and in particular those who may have disclosed concern about their personal safety – with the means to summon emergency help both quickly and effectively will greatly reassure them.

For those employers considering sourcing lone worker solutions, the British Security Industry Association (BSIA) recommends that the choice of provider is based on their ability to demonstrate devices or smart phone applications certified to BS 8484, certification to BS 8484 Sections 4, 5 and 6 and that devices or smart phone applications are monitored by an ARC certificated to BS 8484 and BS 5979 Category II or BS 8591/BS EN 50518.

Solution providers should also be able to deliver a bespoke service that begins with a thorough risk assessment to identify the most appropriate device product for various roles within a client’s company.

A good place for end users to start is by looking at companies within the BSIA’s Lone Worker Section. These are well-established suppliers and ARCs who have been audited for compliance with the relevant British Standards (and certified as such). For more information on lone worker services, or to source a reputable supplier, visit www.bsia.co.uk/lone-workers