Brits demand smarter anti-terrorism measures to be introduced by Government 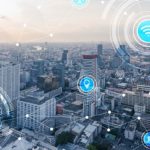 Two-thirds of Brits want the Government to invest in Smart City measures designed to improve the safety and security of where they live, new research has found. A study conducted by ATG Access, which looks into the problems that could be solved through the adoption of Smart City concepts, found that 66% of people think pedestrians would be better protected following the implementation of Smart City-focused security measures.

In particular, 39% of those people surveyed said they would like to see smart barrier solutions – which respond in real-time – being implemented. Such barriers work by isolating affected areas when an incident, like a terror-related attack, has taken place or by shutting down areas of a town or city if there’s intelligence to suggest an incident is about to occur.

Further, nearly a quarter (24%) of Brits would be willing to fund these smart barriers through their tax contributions.

63% of survey respondents would also like to see smart improvements to their local road systems to allow the Emergency Services to reach incidents much faster. Similarly, more traditional security measures are still sought, with 48% of respondents to ATG Access’ study wanting to see more security officials deployed to their area and 47% keen for more security cameras to be installed.

The research also found that an overwhelming 46% of Brits don’t always feel safe where they live, hightlighting the need for better security measures.

Conducted as part of ATG’s ‘Smart Cities: Turning the Dream into a Reality’ report, the study explores consumer attitudes and perceptions towards Smart Cities and ways to overcome current barriers to adoption in the UK.

Gavin Hepburn, managing director at ATG Access, said: “The rise in terror attacks and violent crime within the UK has naturally led to an accompanying demand from the UK public for measures which can help better protect citizens. While traditional security measures are still sought, we’re seeing a rise in demand for Smart City solutions that use real-time data to respond instantly. Should a security issue occur in a Smart City, there are numerous ways in which responsive smart barriers and traffic light control can minimise the associated chaos and disruption and allow better access for the Emergency Services. While these benefits are clear, more investment is needed before we start really seeing Smart Cities becoming a reality.”

“Security must be integral to Building Information Modelling” urges Evolution