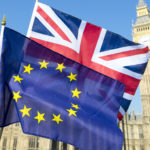 On Friday 23 November, the General Assemblies of the European standards organisations CEN and CENELEC approved a plan that secures BSI’s full membership post-Brexit. BSI welcomes the outcome as a “pragmatic solution” that provides stability for the European standards system while meeting the needs of stakeholders.

The decisions, taken separately in both organisations, will enable UK industry and other stakeholders to continue their important work shaping and maintaining Best Practice standards used across Europe and internationally. They also mean that UK experts will continue as chairs, convenors, committee members and policy experts to work on maintaining and developing the 20,000 European standards that are managed by CEN and CENELEC.

Standards users in the UK can continue to be confident that these standards will meet their needs as they will be influenced, as is the case at present, by UK stakeholders. Furthermore, these decisions are a welcome confirmation of BSI’s policy position, in place since the EU Referendum in 2016, that its membership and continued influence in the development and maintenance of European standards should not be affected by Brexit.

BSI’s position has enjoyed overwhelming support among UK stakeholders. manufacturers, service providers, Trade Associations, consumer bodies and others who have been clear and consistent in their message that they want to continue to work within the European standards system and that the continued membership of BSI in CEN and CENELEC is therefore critical.

The support of Government for maintaining the UK position within the European standards system has been vital to secure this outcome. Government support for BSI’s position was confirmed by Greg Clark, the Secretary of State for Business, back in June and also in the July 2018 Brexit White Paper.

It’s also reflected in the Withdrawal Act and ‘no deal’ technical notices. The latest version of the political declaration on the future relationship between the UK and the EU also stresses alignment on technical barriers to trade issues, including standards.

CEN and CENELEC members supported proposals to facilitate BSI’s continuation as a full member and recognised that, although there’s an important link between their work and European and national regulation, pan-European technical co-operation in the development and maintenance of standards is primarily a market-led activity.

The General Assemblies agreed a transition period for their statutes until the end of 2020, including a derogation for BSI from certain eligibility clauses, during which time BSI will undergo an independent review of its processes and both CEN and CENELEC will agree any necessary revisions to their statutes. The situation will be monitored closely through this period.