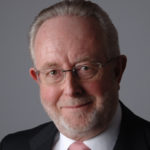 BOSS, the British Oil Security Syndicate, has published the latest results of the BOSS Forecourt Crime Index which reveals that incidents of crime recorded by BOSS on Britain’s retail forecourts fell by 12.2% during the final quarter (Q4) of 2017. However, the latest BOSS Index shows that the annual average initial loss per site (before any Payment Watch recovery) remained above £1,000, reaching £1,046. This is up from £890 in 2016.

The fall in the average number of incidents per site in the quarter has more than offset the fuel price rise resulting in average initial losses per site during the quarter of £249.97 (Q3 2017: £278.20).

In the year ending with Q4 2017, the average number of incidents recorded per site was 25.1 with an average incident value of £41.71, resulting in the average initial loss per site, before any Payment Watch recovery, reaching £1,046. That’s up from £890 in the previous year.

Kevin Eastwood, executive director of BOSS, said: “BOSS is recovering £1 million each year on behalf of forecourt retailers. We’ve worked extremely hard to bring about a reduction in forecourt crime incidents during the final quarter of 2017. Rising fuel prices, however, contributed to an increase in the average initial loss before Payment Watch recovery of more than £1,000 a year for the average retailer.”

Eastwood added: “Any loss is unacceptable. BOSS will continue to promote stronger partnerships between retailers and police forces. These can reduce losses for retailers as well as the demands placed on police time, while also bringing persistent offenders before the courts. We still need retailers to remain vigilant and take responsibility to ensure that, where incidents do take place, the correct evidence is collected and retained.”

Forecourt crime is estimated to cost retailers more than £30 million annually with some two-thirds of such criminality resulting from drive-offs and the remainder coming from NMoP incidents. Since BOSS’ Payment Watch scheme was first introduced, more than £4 million of NMoP losses have been recovered and returned to retailers.