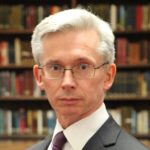 As Britain has voted to begin negotiations around relinquishing its membership of the European Union (EU), Professor Malcolm Chalmers outlines the political and economic frameworks for these testy discussions ahead, as well as the pillars of a future settlement designed to uphold Europe’s security structures.

The clear decision of the British people that the majority wish to leave the EU is now opening up a period of uncertainty and intense debate, the outcome of which will undoubtedly shape the UK’s national security and prosperity for decades to come. The development of a new model for co-operation with its European neighbours must now be the UK’s primary strategic policy priority for the immediately foreseeable future.

While the case for European co-operation remains as powerful as ever, its institutional form can change over time in response to new challenges and altered political realities. The challenge that both the UK and its European partners now face is to agree on how to create such new co-operative frameworks when faced with the reality of an impending UK exit from EU membership. The costs of failure – for both the UK and its European partners – will be high.

Perhaps somewhat ironically, Europe now seems set to take centre stage in the UK’s political discourse for some time to come. The central question in this ongoing and detailed debate will focus on the nature of the desired relationship with the rest of Europe.

Outlook on the economic landscape

In the immediate aftermath of the EU Referendum, and in response to the heavy focus on immigration in the preceding debate, there will be strong pressure placed upon the Government to support a ‘clean break’ interpretation of the electorate’s mandate.

For this model, the UK would introduce controls on inward migration from the EU, repatriate the market regulations currently held at EU level and move swiftly towards the negotiation of trading arrangements based on our existing national membership of the World Trade Organisation.

If the economic costs of such a policy prove to be as substantial as most forecasters are predicting, political leaders may come under pressure to support a new ‘special relationship’ option more akin to the arrangement that Norway has with the EU, but amended to account for the UK’s scale and importance.

Under such an arrangement, the UK would retain privileged access to EU markets, in return for which it would have to accept continuing freedom of movement and a substantial budgetary contribution.

Many supporters of the ‘Leave’ campaign are likely to fiercely resist such an option, but the reality of a steep post-vote recession – and the prospect of spending cuts and/or tax rises – should focus the minds of a Parliamentary majority that will, in any case, be hard to persuade of the merits of the more radical exit options. Economic recession is also likely to reduce levels of immigration, which may help create more room for manoeuvre on the charged issue of freedom of movement.

The overarching principle of the ‘special relationship’ option is that the UK would seek to maintain a strong institutionalised partnership with the EU, in which it would exercise more national control over some selected areas than it currently does as a Member State, but in which it would also preserve the advantages of multilateral co-operation where appropriate. With this model, the UK would aspire to be the EU’s best friend.

European political leaders will be wary of giving the UK too easy a ride, lest it provides a precedent which their Eurosceptic political opponents at home might find attractive.

A new co-operative bargain between the UK and the EU could be very important in creating the conditions for sealing a deal on a post-vote economic agreement. Many other EU Member States are worried that a UK exit could further weaken Europe’s capability for external action. If ways can be found in which to maintain and develop the UK’s role as a key partner in European diplomacy and security, this could well help in oiling the wheels of a wider deal on trade, migration and regulation.

Several steps might be included in a new post-exit co-operative bargain. First, the UK would have to make clear that its strategic objective is to create a new ‘special relationship’ with the EU, and not to use the UK’s exit as the first step towards a wider disintegration of the Union. The UK should demonstrate that it’s not seeking to export its own model, that it will work with others to actively deter further exits and that it will resist the temptation to make bilateral deals in areas where the EU has primary responsibility.

Second, the UK should seek ways of continuing to participate in inter-Governmental aspects of the EU’s Common Foreign and Security Policy. This will not be easy for either the EU or the UK to accept, but London’s absence from key discussions – for example in relation to the application of sanctions or the response to new crises in the Middle East – would weaken the EU’s ability to make a difference on international issues that have a direct impact on European security.

If the UK were prepared to make such a proposal, therefore, it could gain strong support from other key allies, many of whom are acutely conscious of the risks involved in upsetting the equilibrium created by joint German/British/French leadership.

Third, the Government should use a new Strategic Defence and Security Review as an opportunity to recast its strategies in response to the new circumstances which an EU exit creates. In doing so, it should make a point of working very closely with key European partners, most notably France and Germany.

It’s unrealistic to expect that the defence budget can be entirely exempted from the expenditure cuts that will probably be needed in a post-EU exit fiscal review. With the limited resources available, the Government should make clear that its strategic priorities will be focused on areas of common interest with the UK’s European allies, rather than on what would be more global roles.

Fourth, the UK should consider rethinking the focus of its military activities more strongly towards the security of Europe itself. This could, for example, mean further emphasis on providing capabilities for reinforcing NATO’s Eastern flank, as well as a willingness to take a bigger role in the Western Balkans, where the possibility of renewed conflict remains.

Fifth, opportunities to demonstrate the UK’s commitment to solidarity with its erstwhile EU partners should also be sought. It could, for example, deepen its commitment to military missions within the framework of the Common Security and Defence Policy, increase its commitment to hosting refugees from conflict zones and reaffirm support for both the UN’s 0.7% target for official development assistance and NATO’s stated target for 2% of GDP to be spent on defence measures.

Sixth, the UK should be prepared to continue to make a substantial contribution towards the common European funds that are dedicated to supporting economic development in the EU’s poorest States, now mostly concentrated in Eastern Europe. Without such a commitment, States such as Poland and Romania could face significant cuts in EU financing. In all probability, this would be unlikely to endear them to supporting UK interests in building a new ‘special relationship’. Strong support for EU aid in Europe would also show that the UK is committed to playing a key role in EU efforts designed to support reform and development in the Ukraine, Moldova and Georgia.

Seventh, the UK should maintain its contributions to EU research and education funds that are designed to support efforts to bring researchers and students together from across Europe.

Last, but not least, a major pivot of the Foreign Office’s diplomatic effort towards Europe will be required. The UK will no longer have a seat at the European Council – and its Sub-Committees – as of right. On that basis, it will need a strong team of officials in Brussels, drawn from across Whitehall, to effectively and efficiently argue the UK’s case when decisions are being taken that affect its interests.

A Fork in the Road to Resilience