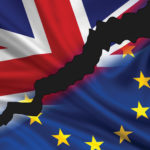 Lack of progress and political red lines on both the UK and EU sides are standing in the way of a security deal and putting public safety at serious and unnecessary risk. That’s the view of the Home Affairs Committee as outlined in its follow-up report into UK-EU security co-operation after Brexit.

Lack of progress in the negotiations and the vast gap between the UK and EU negotiating positions on security mean that there is a serious risk that crucial aspects of security co-operation will end after Brexit, when the transition runs out in 2020 – or even as soon as March next year.

Both the UK Government and EU negotiators are showing too much rigidity and putting political red lines ahead of public safety and security considerations, despite the strong shared interest in continued close policing and security co-operation.

Both the UK and EU would face a security cliff edge next March if there is no deal at all, with serious ramifications for public safety and the ability to stop criminals in the UK and the EU. The Government must put workable contingency plans in place for a ‘no deal’ scenario.

Without agreement on the Second Generation Schengen Information System (SIS II), the UK will forfeit access to a database of 76 million alerts, which help police officers to identify suspected offenders of serious crimes. Losing that intelligence would pose a severe threat to the Government’s ability to stop dangerous criminals from entering the UK and prevent serious crime.

The EU’s proposals for a future extradition agreement are significantly inferior to the European Arrest Warrant. Current plans would mean major obstacles in bringing serious offenders like Zdenko Turtak to justice.

Plans for extradition during the transition period, which will enable Member States to refuse to extradite their own nationals to the UK, will lead to cases in which justice for victims is frustrated or denied, with criminals able to evade arrest for longer.

Recommendations made by the Committee

Both sides must drop some of their rigid red lines and recognise that compromises will have to be made to ensure that crucial policing and security co-operation can continue without a major loss of capabilities.

The Government should not continue with its current European Court of Justice red line on security issues. If the Government is willing to respect the remit of the European Court of Justice in relation to EU agencies, it should apply this principle to all forms of security co-operation, including data protection and extradition, to assist the UK with retaining access to EU data and with securing a comprehensive extradition agreement.

EU negotiators and EU27 countries need to engage with their police and security agencies on the operational impact of locking the UK out of key security databases, and ensure that political considerations do not stand in the way of agreeing the closest possible co-operation between the UK and the EU.

The Government must urgently set out its plans for gaining a data adequacy decision, remove the immigration exemption from the Data Protection Act and incorporate Article 8 of the EU Charter on Fundamental Rights (data protection) into UK law.

Both sides need to begin negotiating now on extradition arrangements for after the transition period. Falling back on the 1957 European Convention on Extradition would be a catastrophic outcome.

The UK Government and the EU must remain open, if necessary, to extending the transition period for security arrangements beyond the proposed end date of December 2020.

Yvette Cooper MP, chair of the Committee, said: “The gap between the UK Government and the EU and the lack of progress on policing co-operation is very disturbing. Both sides are putting political red lines ahead of public safety and national security and that is completely irresponsible. We have a shared interest in continued close policing co-operation, which people in Britain and across the EU would want and expect to continue after Brexit. At the moment, political posturing on both sides is putting that at risk.”

Cooper continued: “To have no deal on security co-operation would be unthinkable. It would stop the police from sharing crucial information on dangerous international criminals, prevent border officials accessing urgent information on criminals trying to enter the country, undermine investigations into trafficking, terrorism, organised crime and slavery, jeopardise trials and justice for victims and let criminals go free.”

In addition, Cooper stated: “Even if the transition deal is agreed, the cliff edge will only be delayed for two years if both sides don’t start to compromise in the interests of public safety. The EU is being far too rigid about preventing the UK participating in important criminal databases, while the UK Government is being far too rigid about the role of the European Court of Justice.”

By way of conclusion, Cooper urged: “The primary purpose of any Government is to protect its citizens from harm. That is what we expect the UK Government and the EU27 countries to do. It would be utterly irresponsible of both sides to fail to secure a deal in this area.”