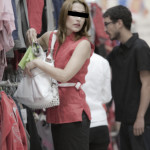 The impact of theft on UK retailers has reached its highest level in a decade. According to the British Retail Consortium’s Retail Crime Survey 2014, published this morning, the average value of each in-store theft has increased by 36% to £241 per incident, helping to push the direct cost of retail crime up to £603 million in 2013-2014.

The majority of respondents to the BRC’s latest survey also reported suffering increasing levels of fraud, most of which is now committed online. Indeed, retailers have warned that they expect fraud to pose the single most significant threat to their business over the next two years.

At least in part, the trends outlined by the survey are thought to be a consequence of retailers being targeted by more organised and sophisticated criminals.

The BRC has recommended that dedicated strategies to tackle business crime need to be developed by police around the country working in close partnership with the business community. A fundamental part of this approach rests on ensuring that data relating to business crime is properly collected and analysed by the police service such that it can then be used to inform operational activity.

Commenting on the survey results, Helen Dickinson (director general of the British Retail Consortium) explained: “Criminal activity against UK retailers continues to have wide-ranging consequences for businesses, employees and the majority of honest shoppers. The average cost of theft for retailers has now reached £241 per incident. This represents the highest level in a decade. Fraud committed online also continues to rise.”

Dickinson continued: “It’s clear that retailers are facing an increasingly sophisticated criminal. Despite an average investment of £2 million per business in crime and loss prevention measures, retailers need help and support to respond to the threat.”

The BRC’s director general believes that Police and Crime Commissioners should follow the lead set by the Mayor of London and “work with retailers to develop dedicated business crime strategies” that will assist in tackling this growing problem.

*There were an estimated three million offences committed against UK retailers in 2013-2014, directly adding £603 million to retailers’ costs

*Although the volume of shop theft offences has declined by 4%, the average value of each incident increased from £177 to £241