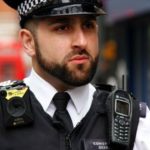 Is body-worn video the way forward when it comes to protecting lone workers? Certainly, the police service has recognised its positive impact for some time. Here, Chris Allcard (lone worker services director at Reliance High-Tech) outlines precisely why he believes body-worn video challenges and resets the basic principles of lone worker safety protection.

Since its emergence back in the early 2000s, the lone worker safety world, in common with most technology sectors, has evolved. New lone worker safety and security devices and supporting solutions are released continually, with existing technologies being constantly improved and upgraded.

Clearly, body-worn video technology brings a visual dimension to lone worker safety incidents, opening up a wide range of new possibilities, but there’s a more subtle way in which this technology subverts the existing order.

For many years, lone worker devices have been designed to be discreet, both in their form factor and in operation. Lone workers can enjoy the benefits of the protection they offer without potential aggressors being aware that a safety device is in play.

Body-worn video devices, however, are typically overt, designed specifically to be obvious and deter potential aggressors from launching a verbal or physical assault. A recent NHS study on mental health in-patient settings demonstrated how effective this can be, with patients and staff citing myriad benefits including reductions in incidents of aggression, increased respect for staff, more accurate recording of situations and improved feelings of safety for everyone.

The emerging evidence that body-worn camera technology actually helps change behaviours towards public-facing staff and reduces the levels of aggression towards them is something a variety of organisations have latched on to for front line team members in areas such as retail, public transport and hospitality and also for Local Authority enforcement officers.

The most obvious additional benefit offered by body-worn video devices is, of course, the visual aspect. When alarms are raised, some body-worn cameras can stream the live video and audio into the Alarm Receiving Centre (ARC).  Rather than just having the live audio of a situation, as with a traditional lone worker device, the added visual dimension enables ARC alarm-handling operators to make better-informed decisions more rapidly when deciding how incidents should be handled.

Such video information can be invaluable for client organisations for staff training, and also as crucial evidence in post-incident investigations and prosecutions.

Going back to the NHS application mentioned earlier, we currently have a large trial underway with staff across three mental health in-patient facilities. Within days of deploying the body-worn cameras, staff across all three sites were generating video files to use as training aids for staff covering a range of difficult situations and as evidence capture.  Traditionally, there is of course CCTV in these environments, but cameras don’t capture the audio of incidents so their use for evidential purposes is somewhat limited.

Duncan Spencer is head of advice and practice for IOSH. At the forthcoming Lone Worker Safety Expo (which runs on 15 October in central London), Spencer will be discussing some of the steps managers can take to support the mental health and well-being of lone workers on their teams.

Employers are responsible for supporting the mental well-being of all their workers, regardless of whether they work alone. Nonetheless, the remoteness of a ‘lonely’ worker means that employers may have to take different actions to support them in the workplace.

A common mistake in the design of many well-being systems is to have a bias focus on recovery controls. The use of a mental health ‘First Aider’ or an employee advisory programme is reactionary. In the main, an employee must be suffering harmful ill-health effects before they’re needed. As such, they can be argued to treat the symptom and not the causes. The challenge is to apply the spirit and intent of Health and Safety legislation and design and implement a system that primarily incorporates prevention.

The key question for many organisations is: “How do we identify needs early and provide intervention before health is compromised?” This is a real challenge and rests on the fact that mental health is a continuum. It ranges from healthy, through coping and struggling and eventually to ill-health. People can move backwards and forwards through this range with the ebbs and flows of life and work demands.

Consequently, an increasing number of organisations regard whether the mental ill-health is caused by work or domestic origins as immaterial and support the individual anyway. There’s little that a manager can do to control an employee’s personal life, and neither should they try. It is within management’s powers to identify ‘stressors’ in the workplace and put them right. They can influence the culture of openness and support that’s necessary to reduce the stigmatisation often associated with mental health.

Often, the process can be simple. Find out what’s annoying employees and put it right. When organisations act to solve matters, employees start to believe that the organisation cares about them. This is very positive for well-being.

What about the challenges which are specific to the ‘lonely worker’? The clue’s in the phrase. Managers must find ways in which to make such workers less lonely. The lone worker cannot easily turn to a colleague sitting beside them and have a moan or take them into their confidence about how they’re feeling. The difficulty in conversing about our feelings is exacerbated by remoteness. The typical human mind is prone to rumination, and especially so if no-one’s there to counter any negative thoughts. As a result, feelings like loneliness, helplessness, depression and anxiety can develop more quickly in a lone worker.

To be effective in the management of well-being, managers need three things. First, they need to be educated in the subject so that they understand the human and business need for managing it well. It’s their responsibility to have conversations with enough quality to enable them to identify when someone’s starting to have a tough time. Manager education must include how to identify early symptoms and discourage stigmatisation.

Second, managers need the tools to apply. They need to have conversational techniques, reporting tools and procedures to follow. These arrangements must include keeping the management chain informed of progress. Medical-in-confidence can be over-zealously applied which can significantly diminish the line manager’s ability to support the individual. The right balance must be struck. The tool kit must include ways to encourage frequent daily conversations with remote workers. Remote workers should be brought into the office to join in with events. They need to feel part of a team and build deeper and meaningful relationships with their site-based colleagues.

Third, managers need to have the organisational support to implement controls and systems, including being an effective partner in any return to work arrangements. Building a supportive culture and environment fit for lone workers suffering from mental ill-health may have implications for productivity, resource allocation, expenses and more. Organisations need to balance such investment with their moral stance on well-being and in the knowledge that organisations where employees believe they’re cared for tend to be more productive as a result.

Good employee management extends to wherever staff are working. Out of sight and out of mind will not work if good well-being is to be fostered in the workforce. Lone workers must be supported, too. To do this well is possible. Where there’s a genuine desire, creativity will find a way. The controls and arrangements will be different, but lone workers have a right to the same duty and standard of care as any other employees.