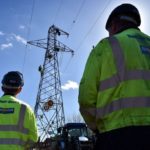 Running to more than 50 pages and 15,000 words long, the comprehensive report explores the most likely causes of such an incident, from the increased threat of extreme weather (including flooding or gales knocking out the network infrastructure) through to terrorism, industrial accidents and geomagnetic space weather storms that play havoc with satellite systems.

The document also asks whether the shift towards ‘smart’ energy grids heightens our vulnerability to cyber attacks similar to when Russian hackers shut down 30 substations in the Ukraine in December 2015, subsequently leaving 250,000 people without electricity.

State-sponsored hackers (believed to be the Russian-based Dragonfly Group) are said to have already infiltrated the UK grid on 8 June 2017 – the day of the General Election – while there are growing fears of an escalating ‘Cyber Cold War’ where countries nsert high-grade malware inside energy networks that could be used to turn off entire electricity supplies at a moment’s notice.

The Riello UPS report goes on to examine the process for rebooting the electricity network if a complete system failure ever occurs. Known as a ‘Black Start’, worse-case contingency planning is that it could take anything up to five to seven days for power to be fully restored.

Such an incident is likely to be accompanied by Rota Disconnections, which basically ration power by cutting off electricity for blocks of three hours at a time. This was last seen on a widespread basis in the UK back in the 1970s, and notably during the infamous “Three-Day Week”.

It highlights the well-known MI5 mantra that the UK is only ever “four meals away from anarchy” and predicts law and order would quickly break down as panic spreads.

Riello UPS’ general manager Leo Craig commented: “We’ve never been as reliant on the Internet and interconnectivity as we are today, but without the electricity to power this digital world, our whole way of life falls apart at the seams. Many will look at the recent blackout across South America and think: ‘That could never happen here’. It’s not necessarily complacency, more perhaps the belief that our infrastructure is more robust and that we’ve committed enough resource towards planning for the worst.”

Craig concluded: “The Blackout Report investigates whether these assumptions are true. By thinking the unthinkable, it also poses some critical questions for the Government, the power industry and, indeed, wider society, such as whether we’re truly prepared for the ever-changing threats posed to our electricity supply.”