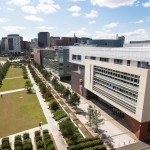 Playing host to over 23,500 students from 80 different countries, Birmingham City University is one of the largest universities in the UK. Steeped in rich heritage, this learning establishment constantly invests in improvements to its facilities, ensuring that students benefit from a state-of-the-art educational environment.

Indeed, Birmingham City University has invested no less than £260 million in a major campus development as part of an intelligent buildings scheme involving multiple sites and structures. The programme began back in 2009 and is due for completion next year.

As part of this smart building scheme, Birmingham City University has committed to invest in the very latest building, fire and security technology to maximise both building efficiency and performance. Integral to this scheme is the investment in Cortech Developments’ Datalog software. Datalog is a modular software suite that can be used as a single or multi-user interface for the integration of a wide range of smart building technology.

Steven Hipwell, senior project manager at Birmingham City University, has been instrumental in delivering the scheme. He told Risk UK: “The university is always looking at ways in which to evolve more intelligently and re-think technology delivery across our physical estates. Converting stand-alone systems into fully integrated smart systems delivers significant benefits, among them reduced risk and costs.”

It was back in 2006 when Birmingham City University first invested in the Datalog system, increasing expansion of its systems to manage the development of their campus’ local and remote estates. The software was installed within a purpose-built Control Room providing two operational graphical user workstations for the integration of disparate manufacturers’ control systems across the university’s campuses. This included CCTV cameras, fire detection and intruder detection systems as well as intercom Call Points. 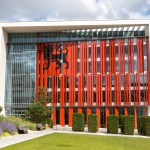 The number of systems and detection devices has grown significantly over time, all of which have been installed by various security and fire organisations. This offers the client the choice of best value for enhancing its systems, while the software is supported by Cortech Developments.

Phase 1 of the upgrade was finalised in September 2013. More recently, Phase 2 was completed in June last year.  Further phases remain ongoing and involve the new Birmingham Conservatoire building, as well as the planned expansion to the City South Campus that will see the relocation of the School of Education and increase the institution’s health, nutrition and biomedical offerings.

Phase 1 required Birmingham City University Security Control Room to act as a back-up control facility for the City North Campus, and therefore be fully controllable and operational in bi-direction.

Cortech Developments’ director Mark Thomas has worked alongside the team at Birmingham City University during the recent investment programme, and has witnessed a major transition in technology delivery across the campuses.

“Much has changed since the installation of the original system,” explained Thomas. “Technology has advanced greatly, and the university has had the foresight to plan for the future and ensure it maximises building performance, security and efficiency.”

Thomas added: “Due to the sheer number of buildings spread across multiple campuses, there’s a common requirement and need for visibility and control of multiple systems and equipment. Integration, smarter interoperability and centralisation of such systems reduces risk, improves efficiency and provides greater situational awareness. Put simply, distance between sites and buildings is no longer a barrier.”

Under the smart building management system (BMS) and security management system there are a number of sub-systems. These encompass CCTV, access control, intruder and lighting that makes use of open protocols. All security and life safety sub-systems are managed through Datalog located within the city centre campus. 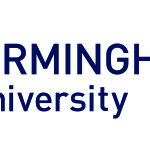 Steven Hipwell said of the systems: “Technology is evolving at great pace. The challenge for the university is to align ourselves accordingly and maximise the performance of our buildings. This means bringing our systems together to provide greater transparency and accurate visibility across the enterprise. In turn, that allows us to offer targeted services to improve the students’ experience at the university.”

As part of Phase 1, the North Campus was upgraded from Datalog 4 to 5 so it could be used with existing legacy equipment. Datalog 5 was specifically designed to be backward-compatible for future upgrades and also provide:

*use of the existing graphic maps

*an interface to existing and new third party systems

Phase 1 also involved the upgrade and back-up for the City Centre Campus’ Control Room. This was achieved with a new hardware and software build which was pre-tested with the North Campus Control Room upgrade during pre-configuration at Cortech’s offices.

The new City Centre Campus itself and the Control Room was a new build and required new graphic maps to be created. This involved a process of liaison with the security manager on site to agree elevation, orientation, pre-production, modifications and the final production for deployment.

The City Centre Campus Control Room and back-up system were subject to an on-site practical working demonstration for the university to witness test correct operation.

Phase 2 involved the connection of additional buildings to the Control Room and integration expansion of existing legacy technology and latest assets for the new buildings.