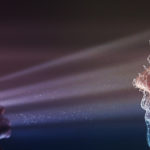 A new firmware update for Inner Range’s intelligent access control system Inception means that end users can now present biometric credentials as well as traditional access cards to gain entry. Facial recognition, fingerprint scans and iris scans may all now be used as access credentials, allowing for more advanced security configurations for clients. For example, during office hours end users could present either a face scan, a card or a PIN to access a building, but after hours facial recognition is revoked and users must present both a card and PIN.

The solution update also includes a new functionality for customers to add their own custom branding and logos to the system that are seen when someone logs into the system, or when they produce a PDF or HTML report.

It also allows security managers to ‘freeze’ someone’s credentials if they’re lost or stolen. Credentials can be marked as ‘inactive’ such that they cannot be used. They’re not deleted from the system, though, saving time and hassle when an end user needs to be reinstated. If a rogue user attempts to use the credentials, the system withholds access and notifies the system manager.

Tim Northwood, general manager of Inner Range, said: “Biometrics and mobile phones are increasingly being used instead of, or alongside, access cards so we’ve updated our powerful, yet budget-friendly Entry-level system, Inception, to incorporate them. We don’t think you need a very large or complex system to benefit from these new technologies and we’re delighted to open up the possibilities for Inception users.”

The latest firmware update for Inner Range’s Inception is available now for all new and existing customers.