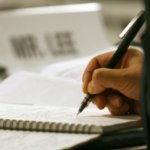 The 2016 report of the Commissioner for the Retention and Use of Biometric Material was submitted to Home Secretary Amber Rudd on 14 March this year and has now been published for public consumption.

The role of the Biometrics Commissioner was established by the Protection of Freedoms Act (PoFA) 2012, with Paul Wiles appointed as the second Commissioner on 1 June 2016. Wiles’ role is to provide independent oversight of the regime which was established by the PoFA – and which came into force on 31 October 2013 – to govern the retention and use by the police in England and Wales of DNA samples, DNA profiles and fingerprints.

In addition to various casework responsibilities in relation to DNA and fingerprints, Wiles also has a UK-wide oversight function as regards their retention and use by the police on national security grounds.

Stretching to 125 pages, the detailed 2016 report deals primarily with developments since the publication of the Commissioner’s 2015 report. It covers his casework activities, the general operation of the PoFA regime and a variety of issues that have arisen in connection with its operation in both the normal policing and national security spheres.

In response to the report, Renate Samson (CEO of Big Brother Watch) said: “We welcome the Biometric Commissioner’s warnings and concerns about the ongoing creation and retention of facial biometrics and facial recognition technology by police forces across the country. It’s of very serious concern that the Home Office appears to be so unwaveringly set on embedding facial biometric recognition technology into policing without debate, regulation, legislation or independent scrutiny.”

Samson continued: “Rather than throwing millions of pounds  at the building of such intrusive capabilities, the Home Office should be investing in updating police IT systems to ensure that the hundreds of thousands of innocent people’s custody images and facial biometrics are deleted automatically as soon as they’re released without charge, bringing them into line with DNA and fingerprints.”

Professor Paul Wiles has spent much of his career as an academic criminologist at a number of UK universities and is currently a governor at Sheffield Hallam University as well as a trustee of the National Centre for Social Research. Until 2015, Wiles served as an advisor to the Sentencing Council, and has also worked as a local Government boundary commissioner and sat on the Board of the Food Standards Agency.

Between 1999 and 2010, Wiles served as chief scientific advisor to the Home Office, duly providing independent advice to ministers on scientific evidence and the analysis and interpretation of data.