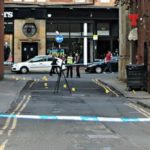 It doesn’t have the right data to measure success or the performance of the Government itself and law enforcement bodies tackling serious and organised crime. These bodies are focused on pursuing criminals after the crime has been committed, but this has been at the expense of doing work to ‘prevent’ crime from happening in the first place.

The Home Office is “currently not using all the levers it has at its disposal” to ensure that law enforcement bodies at the local, regional and national levels prioritise work to tackle serious and organised crime. Without a better system, police forces will continue to focus most of their resources on local priorities, which will not necessarily reflect or help address the national priorities for serious and organised crime.

According to the Committe, there’s still confusion over the role law enforcement bodies at each level should play in tackling serious and organised crime. Funding mechanisms are complicated and short-term – a problem compounded by uncertainties surrounding the delayed 2019 Comprehensive Spending Review.

Conclusion 1: Government has not yet achieved its objective of moving its focus away from pursuing criminals and it’s not prioritising activities that might stop serious and organised crime happening in the first place

The Committee states: “We are not convinced that the ‘Prevent’ activities that do take place are well enough thought through. The Department asserts that it’s launching a multitude of ‘programmes’ to prevent crime, but it’s unable to explain how these are designed in a way that builds on previous initiatives. For example, its new initiative of ‘community co-ordinators’ seems to be little more than a re-invention of previous initiatives such as neighbourhood policing teams.

Conclusion 2: The Home Office and the National Crime Agency’s (NCA) ability to understand the scale of the threat from serious and organised crime is weakened because they don’t use data effectively

Serious and organised crime is increasing, but Government doesn’t know why. The increase is, in part, due to a lack of police resourcing, technology enabling crime to move online and globalisation making it easier to commit crimes in other countries. The Department doesn’t know how much of the increase is due to better recording of data or more willingness to report crime.

The NCA is developing its capability to make use of data held by the police and others and has started using data from multiple organisations to help tackle crimes such as online child abuse. The Agency was able to revise its estimate of the number of organised drug-dealing groups that operate across ‘County Lines’ from 700 to 2,000 by bringing together data from different police forces.

Recommendation Within six months, the Home Office and the NCA should provide an update on their understanding of the highest priority threats from serious and organised crime and what new insights the National Data Exploitation Centre is providing.

Police forces report that they have limited resources and that members of the public and Police and Crime Commissioners expect them to prioritise the most ‘visible’ crimes, such as anti-social behaviour or speeding. This can be at the expense of serious and organised crime, which can feel more like “unseen policing”.

Dealing with serious and organised crime often requires multi-year operations, but funding is approved annually and comes from multiple funding sources, in turn making it harder for forces to determine how much money they will have and plan how to spend this money effectively.

Annual budgeting also risks successful projects being stopped for financial reasons. The NCA has said that annual funding for its £10 million programme to disrupt online child abuse was at risk of not being renewed despite it identifying 129 million compromised online credentials that could be used for criminal activity.

Funding uncertainties are a particular concern for Regional Organised Crime Units (ROCUs), around one third of which have funding agreed on an annual basis. Funds are often received so late that ROCUs have to rush to spend cash to avoid an underspend.

The Committee commented: “We reported in 2018 that projects funded by the Police Transformation Fund can face a ‘cliff edge’ if national funding isn’t renewed because it can be difficult to keep such projects going using already very stretched local budgets. At that time, the Department claimed to have made improvements to the process for securing funds for police forces more quickly, but we are still concerned by shortcomings in its administration of funding. The principal Government process for providing certainty over multi-year projects designed to tackle serious and organised crime is its five-year Comprehensive Spending Review, which was due this year. The delay to the Comprehensive Spending Review exacerbates uncertainties for law enforcement that could be avoided if a longer-term approach to funding was taken.”

Recommendation As soon as possible, or as part of the Spending Review, the Home Office should agree with Her Majesty’s Treasury a way in which to provide greater certainty on how multi-year police programmes will be funded and administered

Conclusion 4: The Home Office is in a position where it still doesn’t know how successful it has been at reducing serious and organised crime

The Department has been slow to develop a way of measuring the impact its activities are having. It has been collecting data on the performance of its strategy since 2017, but this is mostly focused on ‘outputs’ such as numbers of arrests or value of drugs seized. Although useful, this does not allow the Department to understand how effective its strategy has been, identify the overall impact of the strategy or determine whether the threat from serious and organised crime has been reduced.

The NCA claims it’s developing the way in which it captures data so it can better measure success, but also admits that the way data is recorded by law enforcement organisations doesn’t yield a complete picture of what’s happening at the local or regional levels.

Conclusion 5: We’re concerned that a lack of clarity about the roles and responsibilities of the organisations involved in tackling serious and organised crime hinders the effectiveness of their activities

The Department told the Public Accounts Committee that serious and organised crime has more prominence within law enforcement than ever before, but although all parties agree on the need for collaborative ways of working, well-defined roles, sufficient funding and good governance at the local, regional and national levels, the Committee remains to be convinced that this has been translated into practice.

The Department has committed to working collaboratively with relevant partners, but is unable to give any examples, beyond this commitment, of how it could ensure that the system for tackling serious and organised crime worked effectively. ROCUs must balance priorities set by both the NCA at the national level and by individual forces at the local level, but don’t have enough clarity about the level of funding they will receive to be able to invest in building capacity at a regional level.

ROCUs are also vulnerable to Police and Crime Commissioners choosing to invest in local rather than regional priorities, which could result in ROCUs losing up to 72% of their funding at short notice.

Recommendation The Home Office should develop a clear statement of roles and responsibilities at a local, regional and national level and provide an update to the Committee within three months. This should be underpinned by guidance for Police and Crime Commissioners on their role

Conclusion 6: The Home Office isn’t using the levers it has to manage the complex law enforcement system effectively

For example, modern slavery isn’t included in the SPR despite being classed as a ‘priority’ in the serious and organised crime strategy. Serious and organised criminals operate across police force boundaries, but Police and Crime Commissioners are not required to support regional efforts such as ROCUs despite the 2018 strategy setting out an ambition that the ROCUs should lead the regional response.

This lack of detail makes it harder for Her Majesty’s Inspectorate of Constabulary and Fire & Rescue Services to check whether forces are complying with the SPR. There are also numerous governance groups for ministers and officials and Boards which are complex and bureaucratic, with several tackling different forms of violence.

Recommendation As soon as possible after the Comprehensive Spending Review, or within six months of the Public Accounts Committee’s report having been published, the Government should review the SPR, which sets out the threats that require a co-ordinated policing response. This should consider the local needs and capabilities of forces and not be a one-size fits all approach. The Home Office should also write to the Committee to explain how it’s rationalising governance groups and rendering decision-making more transparent