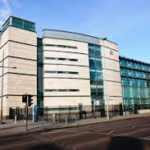 Lee Brown, 29, of Belfast has pleaded guilty at Laganside Magistrates Court to five offences of fraud, forgery and counterfeiting licences belonging to other people following a prosecution brought by the Security Industry Authority (SIA). Brown was sentenced to four months’ imprisonment (on each count), served concurrently and suspended for 12 months. He was also required to pay £174 court costs within six months.

Brown provided his employer with an SIA close protection licence when he applied for a job in March last year. However, the licence belonged to a different “Lee Brown”: another man with the same name who was unaware that Brown had stolen his identity.

Brown then worked as a security officer and door supervisor in the Belfast area until June 2018, when the original licence expired and which Brown was using fraudulently. SIA Approved Contractor SecuriGroup, whose Compliance Department correctly identified the fraudulent door supervisor licence, reported it directly to the SIA. The company was immediately suspicious, noting the design of Brown’s “new” licence had been discontinued back in 2016.

The suspicion was confirmed when the licence number was checked using the SIA’s online licence checking tool. It had been issued to a different individual named ‘L Brown’.

Brown admitted to his employer that he had bought both licences from a contact in Belfast for £700, and that he hadn’t completed the proper training as required by the SIA. When SIA investigators contacted him, he gave the same story and agreed to be interviewed. However, he failed to attend two arranged interviews.

Robust action by the Regulator

Pete Easterbrook, one of the SIA’s criminal investigation managers, said: “Lee Brown stole the identities of not one, but two genuine SIA licence holders in order to fraudulently gain employment. He assumed that the counterfeit licences he managed to obtain were of sufficient quality to allow him to operate within the security industry with impunity. However, he was wrong in this assumption. I would like to thank SecuriGroup for reporting their suspicions. I would urge others who may be considering following Brown’s example to think very carefully indeed before doing so. As this result has shown, individuals are very likely to be found out. We will have no hesitation in taking robust action against anyone who undermines the licensing regime in this way.”

Laganside Magistrates Court District Judge George Conner stated: “The Private Security Industry Act 2001 is there to protect the public. Those who work in the private security industry should be legitimately licensed. The matters [in this case] were of a serious nature and, as such, we must consider a custodial sentence.”

The offences committed under the Fraud Act 2006 were Section 1: Fraud, Section 2: Fraud by false representation and Section 6: Possession or control of an article for use in fraud.