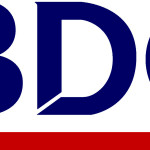 Further to this, the detailed BDO report shows that 402 of the 546 reported fraud cases had a value of £0.5 million or below. While these cases represent 74% of all fraud cases, they only make up 9% of the total value of all reported fraud.

The report’s author, Kaley Crossthwaite (partner and head of fraud at BDO LLP), commented: “2014 was characterised by a large increase in unsophisticated fraudulent activity which was of low value but high in volume. Continued growth in the number of reported frauds suggests that the police service and the courts are becoming increasingly effective at convicting low level fraudulent activity.”

Crossthwaite added: “One of the reasons why we’ve seen the lowest total value of fraud since 2003 is due to a growing trend for high value complex fraud to be dealt with outside of the judicial system and away from the public eye. Companies are increasingly assessing the reputational cost to their brands of a public case against the cost of pursuing the perpetrators of the fraud through the courts. This is leading to large numbers of cases being dealt with privately, in-house and through alternative means.”

In addition, Crossthwaite stated: “There’s a clear correlation emerging between low value crime being reported and taken through the courts which is deemed to be less damaging to corporate reputations in opposition to those cases of large financial loss being dealt with through other means of remediation.”

Many of the cases dealt with publicly in 2014 involved ‘old fashioned’ manipulation of victims and authorities as well as relatively low-tech fraud. Submitting false invoices whether to obtain cash, support insurance claims or VAT refunds made up a large number of cases, often in conjunction with other types of fraud.

In terms of fraud per location, London and the South East continues to grow as the ‘hotspot’ for reported fraud in the UK, increasing from 56% in 2013 to 67% in 2014 and now having a value of £484 million from reported cases.

In terms of sectors, perhaps surprisingly the total value of fraud in finance and insurance more than halved, dropping by 56% from £532 million in 2013 to £236 million in 2014.

Despite this, and in line with the overall trend, the volume of fraud in the financial services industry has continued to remain high relative to other sectors, with the number of cases only dropping by 11% to 118 in 2014 from 132 in 2013.

Crossthwaite opined: “In line with the paradoxical trend in fraud, the value of fraud in the financial services sector has plummeted despite volumes remaining high, with money laundering in particular also following this trend.”

*A £6.5 million cheque fraud scheme based around intercepting cheques and new cheque books in the post. Thousands of pages from fresh cheque books were copied and used to print forged cheques. The co-conspirators responsible each received a nine-year jail term

*A Ponzi scheme run by an unauthorised investment manager who convinced the FCA he was no longer trading by asking his customers to lie to the regulator. The help his victims gave the man in question allowed him to operate for seven years and steal no less than £21 million. The man involved was jailed for seven years

Prosecutions of this type are often for fraud committed against vulnerable individuals, family members or close friends. However, this isn’t always the case. Some of the frauds include more complex, elaborate and wide-reaching schemes including a case of two women who devised a pyramid scheme which drew in over 10,000 victims with a value of £21 million and the case of a fraudster who used the claim that his assets had been frozen under suspicion of terrorism in order to extract £2.2 million from those he befriended.

Kaley Crossthwaite commented: “In 2014, we have seen non-corporate prosecutions increase by 45% and the average value of each prosecuted fraud fall by 55%. If this trend continues then the UK courts’ capacity to deal with corporate or complex fraud will be diminished. This may re-ignite the debate over whether a jury-based trial of complex fraud is the most appropriate way of dealing with cases that sometimes take many months to be heard.  Corporates may continue to choose to deal with larger and more complex frauds outside of the criminal courts. This will inevitably lead to further ‘fog’ around the true size and cost of fraud in Britain.”

Other sectors witnessing an increase in fraud during 2014 include:

The top three industries3 most susceptible to fraudulent activity at present are:

In conclusion, BDO’s Kaley Crossthwaite told Risk UK: “2014 was perhaps a paradoxical year, exemplified by an overall drop in the value of fraud but a rise in volume. As enforcement professionals have become more proficient at securing convictions for high volume low value fraud, so this has become the focus of their attention. However, we must be careful that the pursuit of the ‘low hanging fruit’ doesn’t distract attention away from larger and more complex frauds.”

3Not including non-corporate fraud