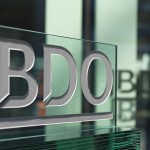 Business advisory company BDO LLP has announced further growth and investment in its UK operation during 2014-2015, with its annual results showing revenues approaching the £400 million mark.

The business, which has increased revenues by 40% in the last three years both through merger and organic growth, continues to grow its UK base with revenues returning to sustainable single digit growth (2%) at £391 million.

BDO has made 500 promotions internally and invested heavily in technology. These investments have seen profits per partner remain in line with last year’s figure, holding steadily at £280,000.

BDO’s tax business was a major contributor to growth with a changing regulatory environment creating increased opportunities among its mid-market and large corporate client base. Revenues have increased by 20% to £119 million, in turn rendering BDO the fastest-growing tax practice of the ten leading UK accountancy firms.

Audit revenues grew by 2.5% to £132 million despite a “fairly static” domestic audit market, with the firm’s sector capabilities (amplified following the merger with PKF in 2013) and a focus on audit quality resulting in the attraction of new mid-market clients in more diverse areas.

In its advisory practice, BDO’s forensics, valuations, tax investigations and global outsourcing business areas have all seen profitable growth. In other areas, the completion of significant one-off projects witnessed reduced volumes as a result. Transaction services had a particularly strong year and, for the fourth year running, BDO is the leading reporting accountant for AIM IPOs.

Globally, BDO’s international network continues to go from strength to strength. In its last financial year, the network grew by nearly 9% through both organic and acquisitive growth, reporting revenues of $7.02 billion and employing 60,000 people across 152 countries.

Simon Michaels, managing partner at BDO LLP, commented: “The last year has seen us focus on long-term and sustainable growth. It’s a decision that realises investment in our people and technology at the very centre of our business decisions. We have a strong business strategy and vision coupled with the financial strength that’s needed to invest in and shape our business for further growth in the future.”

BDO has invested significantly in technology and innovation, including global web-based audit tools. In the last year, the firm has launched BDO InTouch – a new service underpinned by cloud accounting technology – and BDO Advantage (a data analytics tool), itself designed to enable clients to be better connected to business performance and turn data into meaningful information that will drive profitable growth.

Michaels added: “Technology is transforming accountancy, and we’re investing heavily to bring these advances to our people and our clients. Data analytics, big data, benchmarking and insight tools will continue to be a big focus for us. In a world driven by technology, investment in the digitisation of our services will allow us to add even more value for our clients.”

BDO has promoted more than 500 people from within the business and welcomed 324 new trainees, including 88 on its award-winning school leaver programme. The business’ distinctive, values-led culture remains central to its commitment around creating an inclusive environment where people are ‘encouraged to be themselves’.

BDO’s focus on mid-market corporates and entrepreneurial, owner-managed, private equity-backed and AIM-listed businesses is also paying off. The firm has been named number one for client service for the fourth year running, according to independent research conducted for the Mid-Market Monitor. It also revealed that loyalty among BDO’s clients is at its highest ever level, while the company enjoys the highest client recommendation score of any of the major firms (which Michaels believes is testament to the hard work and dedication of every single person at BDO).

He continued: “We work in a profession where understanding clients, adding value and demonstrating expertise is the foundation for success. Investing in technology and infrastructure is part of that. The other and more fundamental element is having talented and passionate people in place who ‘go that extra mile’ for our clients. As a business, we must return the favour and ensure that we remain a destination of choice for talented individuals.”

BDO works in an advisory capacity with a third of FTSE 350 companies, but nevertheless remains committed to its mid-market heartland.

“We continue to campaign for a bigger role for the UK’s mid-market,” said Michaels. “It’s a vital but hugely overlooked piece of the puzzle in the Government’s objective to create a balanced and sustainable UK economy.”