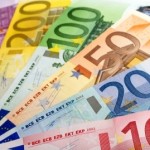 Banks operating in the Eurozone are still at risk

New research has shown that Eurozone banks are as vulnerable to failing today as they were in the run-up to the 2008 global economic crash and subsequent recession. In the first study to compare sources of systemic risk in Eurozone banks, economists found banks in southern countries – including France, Spain and Italy – are highly vulnerable to failure while those located in northern countries appear to be more resilient.

Dr Nikos Paltalidis of the University of Portsmouth’s Business School is the lead for the research, the results of which have been published in the Journal of Banking and Finance.

Dr Paltalidis explained: “The results give a vivid picture of financial contagion and the domino effect in the banking sector. The risks are still substantial and a repeat of the last financial crisis is feasible. The banking industry has been grappling with ways of measuring and reducing systemic risk since the collapse of the Lehman Brothers Bank in 2008. That collapse and subsequent worldwide recession was the canary in the mine. It showed how fragile the financial system was, and how quickly economic shocks reverberated.”

The academic continued: “Our findings indicate that, despite all the efforts to improve the resilience of banking, some banks are as vulnerable today as they were before the last banking crisis. They are just as likely to fail. In the case of a financial or economic shock, we found that banks would experience losses big enough to reduce their capital below the required regulatory minimum because the quality of equity on the biggest European lenders is not sufficient enough to mitigate systemic crisis.”

The researchers modelled a range of interconnected, dynamic economic shocks on 170 Eurozone banks in 16 countries and the spread of that effect to other countries from 2005-2013.

The researchers used three independent channels of systemic risk – the interbank loan market, the sovereign credit risk market and the asset-backed loan market – to test which banks were resilient and to track how shocks spread between domestic and international banks.

Their models did not take into account any Government or central bank interventions such as bail-outs.

Dr Paltalidis added: “In theory, the new capital rules adopted by ‘systemically important’ banks should be able to endure a 10% fall in the value of their assets before placing panicky calls to the Central Bank. Also, the Euro area banking system seems to be fundamentally solvent according to several stress tests. However, our study provides ample evidence that this hypothesis does not hold in practice. Similar to the pre-2009 period, systemic risk is once again enormously underestimated.”

Although a shock in the interbank loan market triggers the highest expected losses, a shock in sovereign debt risk transmits fastest and causes a cascade of losses for other banks. The results reveal that a sharp rise in Government borrowing costs would have a destructive ripple effect across the region’s financial institutions.

The speed of contagion and the expected bank failures are markedly more prominent in the southern Euro area banking systems.

In one of the models, France, Spain and Italy appear to be dramatically more exposed to failing compared to their neighbours, with France losing 73 billion Euros compared to Belgium’s 6 billion Euros after the same economic shock from the same source.

In conclusion, Dr Paltalidis stated: “The European banking system remains highly vulnerable and conducive to financial contagion which implies that the policies designed to reduce systemic risk are not necessarily doing the job. The findings of this research suggest we might need additional policies to better protect the Eurozone and increase the resilience of the financial system.”