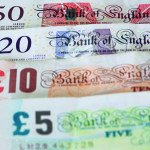 In a move designed to make the UK’s currency more secure and durable, the Bank of England has announced that Britain’s next £20 note will be printed on plastic. The new £20 design will be the third bank note to be printed on polymer following a ten-week public consultation exercise that showed 87% of respondents questioned were in favour of the proposed move.

Back in December 2013, the Bank of England revealed that the next £5 and £10 bank notes would be printed on polymer. The new polymer £5 note featuring former Prime Minister Sir Winston Churchill will be issued late next year. The £10 polymer note featuring author Jane Austen is expected to enter circulation during 2017.

Victoria Cleland, the Bank of England’s chief cashier, believes the bold switch to plastic will assist in reducing instances of fraud while at the same time ensuring that bank notes are more durable and thus able to be kept in circulation for longer than their traditional paper-based counterparts.

The Bank of England made the decision to move to polymer for the next £20 note following extensive research around developments in security features for notes printed on cotton-based paper and polymer.

The £20 note is Britain’s most common tender, with around 1.9 billion notes in circulation as at the end of February 2015. According to Bank of England data, this figure compares with 737 million £10 notes. A competitive tender process for the supply of polymer for the £20 note is expected to start later on this year, with the new £20 note expected to enter circulation by the end of this decade.

“Experience from central banks overseas that have issued polymer-based bank notes has been positive,” urged Cleland during a speech at the 2015 Follow The Cash Conference held in Bristol. “For example, Canada has witnessed a real reduction in counterfeit levels since launching its polymer note series a few years ago. Polymer is cleaner and more durable, leading to better quality notes in circulation. Incorporating complex windows and sophisticated security features, polymer undoubtedly delivers a leap forward in counterfeit resilience.”

During the aforementioned public consultation period, the Bank of England conducted an online survey and attended nearly 50 events around the country, as well as commissioning independent focus groups and surveys.

In the lead-up to the introduction of the new polymer bank notes, the Bank is also carrying out a full education and publicity programme to ensure that retailers, businesses and members of the general public are fully aware of what the new notes look like and how to authenticate them.

Although the Bank of England can take the lead on mapping out the pathway to issuance, Cleland is adamant that the institution cannot launch the new notes on its own.

“If consumers are to experience a smooth transition, we need help from the entire cash industry – from manufacturers to NCS members to retailers,” explained Cleland. “Indeed, a key strand in the successful issuance and distribution of the new bank notes will be action from the cash industry to ensure their businesses are ready. That’s why we’re supporting a series of five industry-led Working Groups representing all parts of the cash supply chain. These groups provide forums for the commercial sector to develop solutions targeting the challenges and issues faced in the cash industry. Feedback on this collaborative approach has been positive, and the industry is confident in terms of how the programme is moving forward.”

Between now and launch, the Bank of England is to seek assurances that the cash industry will be ready in time. “We will continue to engage and listen, and will help wherever we can,” stated Cleland. “Next year, we will roll out training materials for banks and retail staff alongside a dedicated communication initiative for the public.”

Earlier this year, Mark Carney – governor of the Bank of England – asked members of the public to nominate their chosen face of the next £20 note. The selected historical figure – who should “celebrate Britain’s achievements in the visual arts” – will be unveiled early on in 2016.

The Bank of England is yet to decide whether it will print £50 polymer notes.