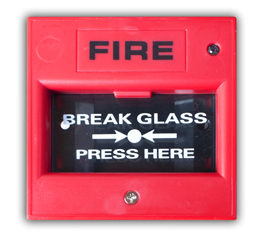 A multi-agency partnership is set to study the causes of false alarms from fire alarm systems in buildings and their frequency of occurrence which will result in proposed solutions being developed to prevent recurrences in the future.

The Scottish Fire and Rescue Service is teaming up with partners from the Association of British Insurers (ABI), British Approvals for Fire Equipment (BAFE), the Building Research Establishment (BRE), the CBRE Group, CS Todd & Associates, the Fire Industry Association (FIA) and Glasgow City Council to undertake this groundbreaking research.

Due to the universal nature of fire alarm systems, the outcomes of this work will have the potential to impact within the UK and across Europe, including the possibility of influencing future standards and Codes of Practice in respect of automatic fire alarm systems.

Fire-fighters throughout the UK are frequently called to attend incidents resulting from false alarms generated by fire detection and suppression systems usually installed within commercial premises and often monitored remotely. The cost of these unwanted false alarm signals to both businesses and Fire and Rescue Services is estimated to be around £1 billion per annum.

Assistant Chief Officer (ACO) Lewis Ramsay, director of prevention and protection at the Scottish Fire and Rescue Service, said:” Unwanted false alarm signals are a significant issue for Fire and Rescue Services so it’s important we join with our partners to see them reduced. The scale of the problem is clear. Over the past three years Scotland’s fire-fighters have been called to in excess of 100,000 such incidents, which equates to over 40% of all the incidents we attend. Not only is there a substantial financial cost attached to this but attending needless incidents also means fire-fighters and resources are taken away from their communities.”

Ramsay outlined:” In a real emergency every second counts. The time taken for fire-fighters to travel to a house fire, a road traffic collision or any other incident can be absolutely crucial when it comes to saving the lives of people in danger. By working together with our partners we can gather information on the common causes of false alarms and identify approaches to reduce the number that occur.”

Each unwanted false alarm signal costs businesses around £2,900 with an estimated £300 burden also falling on the Fire and Rescue Service.

As well as researching false alarms, the project will also promote the benefits of having automatic fire alarm systems installed in buildings. This will be done by studying fires where systems have detected them and raised the alarm.

Such occurrences will be used to highlight the benefits of automatic fire alarm systems in alerting people to safely evacuate buildings and summoning assistance from the Fire and Rescue Service such that fires can be tackled in their early stages, thereby reducing the damage caused.

The project will involve two Scottish Fire and Rescue Service Watch Managers seconded from Glasgow’s group of Fire Safety Enforcement Officers who will work alongside a fire alarm industry expert to gather live intelligence on incidents that involve the actuation of fire alarm systems. In this regard the project is unique, as previous studies have involved the use of historical data.

Glasgow was chosen as the focus area for the project as the city is considered to be geographically suitable and has a sufficient number of incidents to enable data to be captured relatively quickly.

ACO Ramsay continued:” This is a joint project overseen by an executive sub-group of the Business Engagement Forum, bringing us together with Glasgow City Council and other partners including representatives from the insurance and fire protection industries. Our designated officers and the researcher will attend incidents in the city to gather data and gain an accurate understanding of false alarm causes which is crucial for developing effective strategies to prevent recurrences. Where appropriate, the team will also attend incidents where fire alarms have detected an actual fire. This will enhance the understanding of potential consequences had the alarm system not been in place, in turn demonstrating where such systems do provide value.”

When the team has completed its research a formal report will be produced by the Business Engagement Forum sub-group. It’s expected to include recommendations useful to businesses, the fire protection industry, the Scottish Fire and Rescue Service and other Fire and Rescue Services as they develop practical measures to reduce the problem caused by unwanted false alarm signals.

ACO Ramsay added:” The project involves the same partnership that helped develop the new Scottish Fire and Rescue Service Unwanted False Alarm Signals Policy which will replace the eight different policies used by the antecedent services. Under this single nationwide approach, fire-fighters across Scotland will engage with duty holders and advocate a multi-stage action plan in response to the actuation of a fire alarm system.”

Ramsay asserted:” Cutting the number of unwanted false alarm signal incidents will reduce financial costs to ourselves and businesses, and also cut the demand placed on a community’s fire and rescue resources. One clear and immediate benefit will be to reduce the number of times our appliances have to travel under blue lights, which will lower the risk to our crews and other road users. We want to build on this work, and the research project will help Fire and Rescue Services and businesses to tackle the issue.”

Main objectives to be addressed

There’s no fixed timescale for the research to be completed, although it’s anticipated that the project may take around a year to produce a report.

A previous study undertaken by the BRE entitled: ‘The Causes of False Fire Alarms in Buildings’ is available at: www.bre.co.uk/podpage.jsp?id=1752