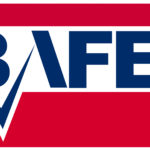 BAFE, the independent register of quality fire safety service providers, has now officially responded to the Government’s Regulatory Reform (Fire Safety) Order 2005 consultation. BAFE agrees strongly with the scope of the current fire safety legislation, noting the only concern at present being the “degree/method for enforcement”, but it does enable a risk-based approach to fire safety”.

BAFE doesn’t believe that the Fire Safety Order provides a proportionate legislative approach to ensuring fire safety for businesses and enforcing authorities. BAFE comments that there’s “no mandated competence for fire safety providers, and especially for fire risk assessors who provide the key service around which the Regulatory Reform (Fire Safety) Order 2005 is based”.

With the current legislation, BAFE suggests that there’s “too little understanding of the role” for those in control of regulated premises “especially in multiple and mixed occupancy premises”. Within the guidance documents, while BAFE acknowledges there’s “guidance towards third party certificated competence, there’s little evidence of enforcement or requirement”. This is noted later in the fulsome BAFE response that third party certification should be the “key measure” of evidential competence.

In the general application of the Regulatory Reform (Fire Safety) Order 2005, BAFE takes the strong stance that the legislation doesn’t do enough to enforce competency requirements. BAFE doesn’t believe that the expectation that Responsible Persons self-evaluate whether they’re able to meet their duties under the Fire Safety Order, or require assistance is the right approach.

While not noted in the consultation, BAFE believes that budgets should not continue to be cut for Fire and Rescue Services, but rather re-distributed within their business safety and investigation teams to bolster the promotion and enforcement of the legislation as the agency for this.

BAFE calls for “mandatory competence requirements for fire risk assessors based on third party certification” to carry out a suitable and sufficient fire risk assessment and notes that there’s “insufficient rigour to require updates [to the assessment] with change of use and regularity”. BAFE wishes to see third party certification requirements for the competent person (both the provider company and their staff), as at present the current requirements are “too vague and not enforceable”.

*The public consultation on the Regulatory Reform (Fire Safety) Order 2005 closes on Wednesday 31 July 2019 at 11.45 pm. BAFE strongly encourage all interested professionals to respond to this (either as an individual or company) and express their views on the current legislation. Further information can be found on the gov.uk website at: https://www.gov.uk/government/consultations/the-regulatory-reform-fire-safety-order-2005-call-for-evidence