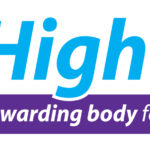 Highfield Group has received one of the UK’s most prestigious business accolades: the Queen’s Award for Enterprise. One of the UK’s leading awarding organisations for the security business sector, the Highfield Group was informed of its success on 21 April as part of the national celebrations designed to celebrate Her Majesty The Queen’s 90th birthday.

Queen’s Award winners are chosen by a prestigious panel that includes the Prime Minister David Cameron and leading figures from Government and industry, in turn making the Queen’s Award one of the most sought-after accolades among British businesses.

Highfield is one of the UK and Middle East’s leading suppliers of compliance, apprenticeship and work-based learning qualifications, training materials and e-learning. It’s also one of the UK’s largest examination boards, and is actively involved in the development of the UK workforce and productivity, as well as contributing towards central Government plans for three million apprenticeships by 2020 and the switch-over to Apprenticeship Trailblazers.

The organisation – which operates from its headquarters in Doncaster, South Yorkshire – works with some of the biggest names in international business to help develop their members of staff, among them PepsiCo, Nestle, Marks & Spencer and Superdrug.

Each year, Highfield Group supports over two million learners right across the globe to achieve their educational aspirations. 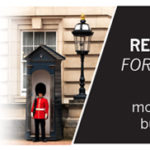 Speaking about this tremendous achievement for the business, Jason Sprenger (CEO at Highfield Group) told Risk UK: “I’m incredibly proud of this fantastic achievement, which is a testament to our exceptional team members and their dedication to our core values of quality, value, service and integrity.”

Sprenger continued: “It’s proving to be an amazing 12 months for Highfield. We’re continuing to expand both domestically and internationally, with offices recently opening in Sheffield, Abu Dhabi and Dubai. We also have a new international headquarters planned for Doncaster later on this year. Numerous other blue chip companies have now committed to working with us.”

Representatives from Highfield Group will receive the award in person from Her Majesty The Queen during a ceremony to be held at Buckingham Palace on Thursday 14 July. A further ceremony featuring Andrew Coombe (the Lord Lieutenant of South Yorkshire) will take place at Highfield Group’s offices later in the year. 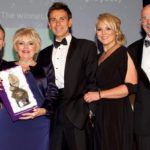 ***For further detail on the Queen’s Award for Enterprise access: www.gov.uk/queens-awards-for-enterprise/overview