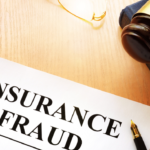 The lengths insurance cheats will go to try to con their insurer are laid bare as the Association of British Insurers (ABI) publishes its annual detected fraud figures. At 460,000, the total number of fraudulent claims and applications detected in 2018 rose by 3% on the previous year, with their value up 6%. Every day, 1,300 insurance scams are uncovered, with the average con valued at £12,000.

During the last year, the equivalent of two cheats every week received a criminal conviction or a caution for insurance fraud. Cases investigated by the Insurance Fraud Enforcement Department, the specialist police insurance fraud investigation unit funded by the insurance industry, included 16 people involved in a ‘crash for cash’ crime gang who received a collective 33 years in jail sentences and a man convicted of selling fake motor insurance who was jailed for two years.

The ABI’s latest detected fraud figures show that in 2018:

*At £1.2 billion, the value of the 98,000 dishonest claims detected fell marginally by under 1% on the previous year

*Motor insurance scams remained the most common and most expensive, with 55,000 dishonest claims worth £629 million detected. The number and value of these claims fell on the previous year (down 8% and 9% respectively)

*Of the 55,000 motor insurance frauds, 80% involved personal injury fraud. These ranged from staged ‘crash for cash’ frauds to opportunistic scams. The measures contained within the Civil Liability Act will help to ensure fair compensation for genuine claimants

*There were 20,000 property frauds detected, which is down slightly on the previous year. However, the value of these frauds (at £115 million) rose by 11%

Mark Allen, the ABI’s manager for fraud and financial crime, said: “Insurance fraud is the scourge of honest insurance customers who make genuine claims. Insurance cheats can be ingenious, and are constantly looking for new scams to exploit, which is why the industry makes no apology for spending around £250 million each year on measures to tackle this crime. Spearheaded by the Insurance Fraud Bureau and the Insurance Fraud Enforcement Department, there will be no let-up in the industry’s determination to root out fraudsters and press for the stiffest possible penalties for these cheats.”

Ben Fletcher, director of the Insurance Fraud Bureau, added: “The announcement by the ABI shows that organised motor fraud is still a big problem and one that the insurance industry, working together with the police, will continue to tackle. Fraudsters are constantly reinventing themselves and application fraud and liability are areas of growth upon which we now need to focus. It’s also important that members of the public continue to report suspected fraudsters anonymously through our Cheatline service, which is a valuable tool for disrupting fraudsters.”

Detective Chief Inspector Andrew Fyfe, head of the Insurance Fraud Enforcement Department, commented: “The actions of insurance fraudsters increases premiums for honest customers and costs the insurance industry millions of pounds every year. Not only that, certain tactics used by these fraudsters, such as ‘crash for cash’ claims, can put the lives of innocent members of the public at risk. For this reason, the Insurance Fraud Enforcement Department continues to come down hard on insurance fraudsters, duly achieving convictions and other sanctions against these criminals on a weekly basis. While we’re pleased that more and more fraudsters are behind bars, we will not be resting on our laurels. We’ll continue our dedicated work, alongside our partners in the insurance industry, to find those committing fraud and put them before the courts to ensure that justice is done.”