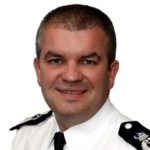 Chief constables were invited to apply for the post of chair of the NPCC in October. Assistant Commissioner Hewitt applied for the post and, in accordance with election rules, has been duly appointed.

Hewitt began his policing career with Kent Police in 1993 and transferred to the Metropolitan Police Service in 2005. He’s currently responsible for front line policing which includes local policing and specialist crime commands across London. Hewitt has led at national level on the police response to adult sexual offences and kidnap and has held the post of NPCC vice-chair since 2015.

Assistant Commissioner Martin Hewitt said: “I am looking forward to leading the NPCC’s important work from next April and building on the strong foundations that Sara has laid.”

NPCC chair Sara Thornton responded: “I’m delighted that Martin will be the new chair of the National Police Chiefs’ Council in April 2019. He’s a hugely experienced operational chief officer who has dealt with some of policing’s toughest challenges.  I have every confidence that he will be a great leader.”

The NPCC nables independent chief constables and their forces to work together to improve policing for the public.  The NPCC co-ordinates the operational response across the service to the threats faced in the UK from terrorism, crime and national emergencies, etc.

Through Chief Constables’ Council, the leaders of service take important decisions about how they will operate to meet the demands of the day. Chief officers speak on behalf of the NPCC to explain the operational police response on a range of issues to the public and to Government.