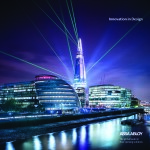 ASSA ABLOY UK Specification is now looking ahead to 2016 and how it believes the construction industry will respond following a year of mixed fortunes.

Despite the dip experienced in the latter part of 2015, the latest forecasts from the Construction Products Association (CPA) predict that construction output is expected to rise by 19.7% between 2015 and 2019, with 2016 enjoying a 3.8% increase. As expected, growth in the commercial arena, mainly driven by new office developments and infrastructure, will fuel this upward trend.

There’s also positive news for the public sector. Despite a Government focus on austerity, both education and healthcare are expected to see healthy increases of 22.3% and 12.8% respectively come 2019. This is in part thanks to capital raised by private projects under PF2, so while new builds are unlikely to be hit by austerity cuts, the industry should brace itself for falls in maintenance and refurbishment programmes.

Commenting on these latest figures issued by the CPA, David Wigglesworth (managing director for UK Specification) has assessed how he believes 2016 is shaping up.

“While these latest forecasts clearly make for positive reading for those involved at the specification stage of the construction market,” said Wigglesworth, “one must proceed with caution. There are still risks to the industry, some of which are known. There are ongoing issues such as the skills shortage and the elimination of the public sector deficit, while others are less easy to account for. They would include the EU Referendum and growth prospects of countries like China. That said, there was a positive end to 2015.”

Growth in the commercial sector

Continuing that theme, Wigglesworth told Risk UK: “Office developments are expected to continue to influence growth in the commercial sector. 2015 witnessed much London-centric development, whereas 2016 will see this progress extended to Birmingham and Manchester. That’s positive news for the industry and will lead to further investment projects in and around these second cities.” 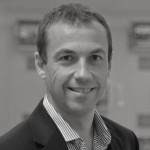 Another area expected to prosper in 2016 is education, as the sector benefits from both the fruition of PF2 investments and planned university spending, boosted still further by the removal of caps on student fees.

“One trend that we’ve been able to capitalise on and which we expect to see continue in 2016 is specification across multiple schools. Increasingly, we’re now specifying for education authorities or within framework arrangements that can see the development of multiple schools at one time. This demands supply chain certainty and a seamless relationship from design to as-built, as well as the supply of data for a smooth handover.”

Wigglesworth believes private investment in both education and healthcare under the PFI schemes is positive for the industry and, while there may be cuts to RMI in public sector facilities, the Building Information Modelling (BIM) Level 2 deadline in 2016 will help to ensure that those projects which do go ahead are not ‘under specified’ and deliver tangible value for the end user.

By 2016, all centrally procured Government construction projects, no matter their size, must be delivered using BIM.

“There are some large PFI projects in the pipeline over the next few years,” asserted Wigglesworth, “with the start of the first project under PF2, the £430 million Midland Metropolitan Hospital, beginning in 2016. The scale of these projects invariably requires involvement from a wide range of companies and resources.”

As a result of the new upgrade, ECA members can now use e-RAMS to carry out ‘quantified risk assessments’ which allow levels of risk to be estimated on a numerical basis.

Other new features include enhanced method statement templates, an ability to add company logos to printed risk assessments, an option for uploading useful pictures to the method statement and streamlined processes to produce and print the reports.

Paul Reeve, the ECA’s director of business services, told Risk UK: “This major upgrade, much of which responds to feedback received during 2015, will allow users to choose between a basic or quantified risk assessment. Plenty of clients and major contractors look for quantified risk assessments and so, with the new improvements, we expect e-RAMS to be even more useful to our members.”

The e-RAMs service represents the latest addition to the ECA’s support for firms to meet the requirements of commercial clients and Pre-Qualification Questionnaires. The service has already been used by hundreds of ECA members to produce risk assessments since it was launched to market in January 2015.