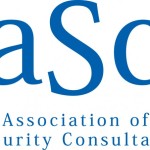 2015 sees the 21st edition of CONSEC, the annual conference and exhibition organised by the Association of Security Consultants

The Association of Security Consultants has announced that Bill Butler, former CEO of the Security Industry Authority, has accepted an invitation to chair CONSEC, the organisation’s annual international conference and exhibition which, in 2015, will be held on Thursday 15 October at the Marriot Hotel, Heathrow.

The theme for this year’s event will be ‘Knowing The Threats, Managing The Risks’. As event chairman, Bill Butler will introduce a number of eminent speakers, including a Keynote address from Phil Gormley, deputy director general of the National Crime Agency.

Other speakers at the event include Chris Greany (Commander of the National Police Co-ordination Centre) talking about the UK’s response to managing major crises, eminent academic Professor Peter Neumann of Kings College London on the latest developments regarding ISIS and the next wave of terrorism and Donald Macintyre from the Intelligence Corps who’ll be focusing on countering the cyber insider threat.

Two experts from the commercial arena will be talking on designing safer buildings and cities. They are Andrew Sieradzki, director at Buro Happold, and Andy Williams, senior partner at the TEMI Group. 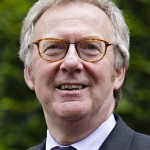 Major sponsor for the conference is Xtralis, who will be joined by other exhibitors including Canon, IndigoVision, Lenel, BT Redcare, Stentofon, Davantis, Jackson Fencing, Plan, Davantis, CEM Systems, Inner Range and Honeywell (to name but a few).

The result of the ‘Associations’ Prize’ awarded to the most outstanding contribution by a security professional to the security industry during 2015 will also be announced during the 21st annual edition of CONSEC.

CONSEC 2015 will be of interest not only to security professionals but also leaders in the arenas of Government, industry and commerce.

*To obtain more details on CONSEC 2015 or to register your attendance, contact the Secretary at the Association of Security Consultants via e-mail: info@securityconsultants.org.uk

Reasons to be Wary of Waste