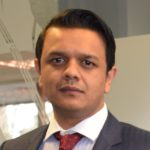 The Financial Conduct Authority (FCA) has recently fined Standard Chartered Bank (Standard Chartered) the sum of £102,163,200 for Anti-Money Laundering (AML) breaches in two higher risk areas of its business. This is the second largest financial penalty ever imposed by the FCA for AML controls failings. However, are such large financial penalties for wrongdoing merely being viewed by the banks as a slap on the wrist and nothing more than the cost of doing business? Here, Syedur Rahman questions the effectiveness of fines and the likelihood of criminal prosecutions in the future.

The announcement of the fine, which was made on Tuesday 9 April, follows on from the FCA’s investigations into Standard Chartered’s UK Wholesale Bank Correspondent Banking business and also its branches in the United Arab Emirates (UAE). According to a statement on its website, the FCA found “serious and sustained shortcomings” in Standard Chartered’s AML controls relating to customer due diligence and ongoing monitoring. Again according to the FCA, Standard Chartered “failed to establish and maintain risk-sensitive policies and procedures” and “failed to ensure that its UAE branches applied UK equivalent AML and counter-terrorist financing controls”.

Under the Money Laundering Regulations 2007 (MLRs), Standard Chartered was required to establish and maintain appropriate and risk-sensitive policies and procedures to reduce the risk that the bank may be used to launder the proceeds of crime, evade financial sanctions or finance terrorism.

Furthermore, the MLRs also imposed a duty on Standard Chartered to require its global (non-EEA) branches and subsidiaries to apply policies and procedures in relation to due diligence and ongoing monitoring equivalent to those required of Standard Chartered here in the UK.

Examples include the following:

*opening an account with three million UAE Dirham in cash in a suitcase (just over £500,000) with little evidence that the origin of the funds had been investigated

*failing to collect sufficient information on a customer exporting a commercial product which could, potentially, have a military application (this product was in fact exported to over 75 countries, including two jurisdictions where armed conflict was already taking place or was otherwise likely to be taking place)

The statement issued on the FCA’s website points out that the US authorities have also taken action against the Standard Chartered Group for “significant violations” of US sanctions laws and regulations.

Commenting on the matter, Mark Steward (director of enforcement and market oversight at the FCA) has observed: “Standard Chartered’s oversight of its financial crime controls was narrow, slow and reactive. These breaches are especially serious because they occurred against a backdrop of heightened awareness within the broader global community, as well as within the bank, and after receiving specific attention from the FCA, US agencies and other global bodies about these risks.”

Steward continued: “Standard Chartered is working to improve its AML controls in order to ensure that all issues are fully addressed on a global basis. The FCA has taken into account Standard Chartered’s remediation work and its co-operation in assisting the FCA’s investigation, without which the financial penalty would have been even higher.”

The FCA worked alongside a number of authorities during its investigation process, among them the US Department of Justice, the New York County District Attorney’s Office, the US Board of Governors of the Federal Reserve, the New York State Department of Financial Services and the US Office of Foreign Assets Control.

Standard Chartered didn’t dispute the FCA’s findings and, under the FCA’s partly contested case process, exercised its right to ask the FCA’s Regulatory Decisions Committee to assess the appropriate level of sanction.

Standard Chartered’s agreement to accept the FCA’s findings meant that the bank qualified for a 30% discount. Otherwise, the FCA would have imposed a financial penalty of £145,947,500.

Behind all of the big numbers and the column inches it’s hard not to wonder if such a hefty slap on the wrists is viewed by the big banks as nothing more than the cost of doing big business. Standard Chartered is paying $947 million to American agencies over allegations that it violated sanctions against six countries on top of its fine in the UK for AML breaches (including shortcomings in its counter-terrorism finance controls in the Middle East).

These fines had been expected. Standard Chartered said two months before they were imposed that it had set aside $900 million to cover them.

This isn’t the first time that Standard Chartered has had to pay out for wrongdoing. Seven years ago, the bank paid a $667 million fine in the US. Like its latest US penalty, that one related to alleged sanctions breaches. At the time, the bank also entered into a deferred prosecution agreement (DPA) with the US Department of Justice and the New York County District Attorney’s Office over alleged Iranian sanctions breaches beyond 2007. That DPA would have expired by now, but has been extended until April 2021 in the wake of the latest allegations.

An end to the problems?

Will this be the end of Standard Chartered’s problems and the start of a new allegation-free era? Only time will tell.

At this juncture, it’s fair to point out that Standard Chartered isn’t the only bank to be hit by huge fines for wrongdoing and then be found to be repeating its illegal behaviour. That’s precisely why it’s hard to believe that fines are having any real impact on the way in which some of the biggest banks function. If they’re prepared to keep on paying the fines and/or giving assurances about sticking to the Terms and Conditions of a DPA while reaping the benefits of breaking the law then it’s hard to see the cycle of behaviour changing.

Let’s be clear. Any failure by Standard Chartered to abide by the terms of its DPA could see it facing criminal prosecution. Any bank’s demonstrated weak approach to money laundering is now increasingly likely to be pounced upon by the authorities. As stated, the Standard Chartered investigation was a co-ordinated and multi-jurisdictional effort by the FCA, the US agencies and the UAE. While Standard Chartered’s full co-operation with the FCA saw it receive the aforementioned 30% discount on its fine, relying on co-operation to gain a lesser punishment cannot be viewed as a safe approach going forward.

The authorities around the world that investigate the activities of banks and other financial institutions are now more co-ordinated than ever. They have more legal powers than at any time in days gone by and are unlikely to be reluctant to use them against those in the financial marketplace that come to be seen as repeat offenders.

There’s no clear indication or evidence that the era of big fines may be about to pass or that the authorities are set to view convictions as a more effective deterrent to financial crime than hefty financial penalties. There may also be difficulties when it comes to corporate liability which, in the UK, requires proof that those involved in the alleged wrongdoing are sufficiently senior to be considered as the ‘controlling mind and will’ of the company.

All that said, if fines continue to be ineffective in curbing the behaviour of certain banks then it can only be a matter of time before the authorities determinedly rethink their approach towards enforcement.