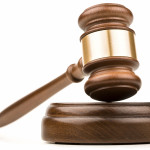 The court heard that, at the beginning of September 2014 when Security Industry Authority (SIA) investigation officers enquired about the staff working at Aminex Security Services Limited, the list Okeiyi provided included an unlicensed officer. This amounted to an offence under Section 5 of the Private Security Industry Act 2001.

SIA investigators later visited a site at which Aminex Security Services Limited was contracted to work and interviewed Lucky Okeiyi, the same security officer. During this visit, the investigation officers obtained a time sheet which proved exactly when Lucky Okeiyi was carrying out licensable activities without a licence.

As director of the company, Kingsley Okeiyi was liable under Section 23 of the Private Security Industry Act 2001 for consent, connivance or neglect in deploying an unlicensed security officer.

Although the SIA’s investigation team gave Kingsley Okeiyi several opportunities to respond to the allegations of deploying an unlicensed security officer, all contact was ignored.

District Judge Mace issued a guilty verdict and said that Kingsley Okeiyi had provided no satisfactory explanation to the evidence put before him. Consequently, for the Section 5 and Section 23 offences, Kingsley Okeiyi was fined £500 and ordered to pay a victim surcharge of £50 in addition to costs of £500.

Judge Mace also commented that the fine and costs she issued took into consideration the financial circumstances of Okeiyi and his ability to pay.

Nathan Salmon, the SIA’s investigations manager, explained: “It’s important to note that the charges relate to six shifts whereby offences were committed. The sentence imposed reflects the fact that breaches of the Private Security Industry Act 2001 are considered unacceptable. The business is no longer operating. Okeiyi’s actions have prevented him from being able to continue to work in the private security industry.”