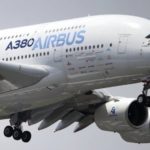 European aircraft manufacturer Airbus has confirmed that it has reached agreement in principle with the French Parquet National Financier, the UK’s Serious Fraud Office and US authorities in the context of investigations into allegations of bribery and corruption as well as compliance with the US International Traffic in Arms Regulations. The situation remains subject to approval by the French and UK courts as well as the US court and regulator. The aviation group could end up paying fines totalling billions of pounds.

In the UK, the Serious Fraud Office (SFO) opened a criminal investigation into allegations of fraud, bribery and corruption in the civil aviation business of Airbus Group back in July 2016. These allegations related to alleged irregularities concerning third party consultants (otherwise referred to as ‘middlemen’).

A statement on the Airbus Group website reads: “For legal reasons, Airbus cannot make any comments on the details of its discussions with the investigating authorities.”

The SFO has thus far declined to comment on the matter.

Commenting on the case, Rahman Ravelli’s senior partner Aziz Rahman said: “Airbus is obviously paying a price for its wrongdoing, but crucially seems to be avoiding a prosecution. This is yet another instance of a large company being able to escape the shackles of its past and keep competing in the marketplace.”

Rahman continued: “Whether this case is yet another one where the SFO is unable to successfully prosecute individuals alleged to have been behind the wrongdoing remains to be seen, with the Airbus subsidiary GPT having been under investigation for eight years. Cynics may say that this agreement will be viewed by Airbus as little more than the cost of doing business.”

He added: “This has been a major investigation into the workings of a huge organisation, but it’s hard to ignore the possibility that this deal – and the timing of it – is political. Airbus is a European aerospace giant and anything that happens to it has an effect on both the European economy and on defence. The length of time that it has taken to conclude these investigations while the prospect of Brexit has loomed large may indicate there has been political pressure for a particular outcome to be carefully timed.”

According to a report in The Guardian, analysts had predicted fines for Airbus of more than £2.5 billion set against annual profits of €4.3 billion in the 2018 financial year on revenues of €63.7 billion.

Airbus’ main headquarers is located in Toulouse, with the business running wing manufacturing operations in Broughton, North Wales in addition to factories across mainland Europe.